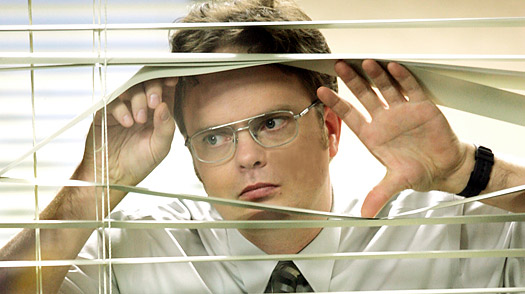 As most of you already know, I started a new job a couple weeks ago!  I had a nice three month work hiatus in-between jobs and now I’m feeling refreshed and more ready than ever to tackle a new project.  One of the things I thought about a lot during the last few weeks at my old job was what day I wanted to quit.  It never really concerned me though to think about what day I wanted to start my next job.

Once I got my job offer and finished negotiating, they asked me to select a start date.  I wasn’t given a whole lot of choices since I had to start on a Friday and there was only a 3 week period to choose from but the date I settled on was Nov. 1, 2013.  That might seem like a fine day to start a new job, but there were a few hiccups that came with that date that I’m going to share with you.

Some employers might already have a specific day of the week for you to start but a lot of smaller ones have more flexibility.  You might as well take advantage of that and start on the day you want.

Never On a Monday

I think Monday is one of the worst days of the week to start a new job.  A lot of companies won’t be very well prepared for new hires and by starting on a Monday you could potentially be sitting there all week without a computer or much to do.  That actually happened to me at my first job!  I started on a Monday and although they had a desk, there was no computer or no phone.  That turned into one of the longest weeks of my life!

For whatever reason, most organizations are never really ready for a new employee on Monday.  Try asking for a mid-week start date.  That way, the company will have a couple days to prepare for your arrival.

When Did You Leave Your Old Job?

During the last couple weeks at my old job, a lot of people asked me why I hadn’t secured a new job before leaving.  I really didn’t think it was a big deal since if I was going to get hired, I was going to get hired.  I didn’t see what having a job had to do with getting hired for a new job.  But either way, it enlightened me to the fact that a majority of people don’t take any time off in-between switching jobs.  Nearly everyone I talked to said that they couldn’t afford to do so.

I think taking time off in-between jobs is one of the smartest things you can do but if you’re adamantly against it then why not give yourself at least a couple days off?  By starting mid-week or towards the end of the week you’ll at least give yourself a mini break from work.

My Start Date Was a Big Mistake

At the time, I didn’t think much of selecting a Nov. 1 start date but I came across one minor and one major issue.  I forgot thatt Nov. 1 is the day after Halloweeen!  This wasn’t a huge deal but it would have been nice to be able to go out on Halloween and have some fun.  Instead, I still went out but I was designated driver and I had to go home early at 11 pm so that I could be rested for my first day of work.

The bigger issue though turned out to be my health insurance.  I kind of figured that I would be enrolled in the company’s health plan the day I started but it turns out that they don’t enroll you until the first day of the following month after your hire date.  So if I would have started on 10/31, I would have been covered, but since I started on 11/1, I don’t get coverage until 12/1!  It turned out to be kind of a big deal since I’m paying $100 per month for a high deductible plan and I would have paid $0 in premiums through my employer and actually received a $50 employer contribution to my HSA.  So it was a $150 swing.

I thought I was pretty smart when I got two free months of COBRA health insurance but this little fiasco put me back in my place.  Next time I leave my job and start a new one though I should be fully prepared.

Readers, what day do you think is the best day of the week to start a new job?  Would you have pushed your start date back to get health insurance?