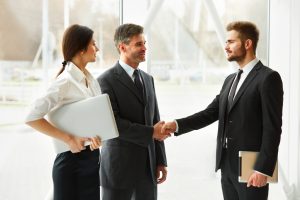 Highly productive people are on a level all on their own, certainly different from the rest. They accomplish their goals and while they are generally busy, they work with a sense of urgency, not an emergency. While there are specific work habits and routines that drive a business person to be more productive, it is what they don’t do that sets them apart from the rest.

They do not get absorbed in social media, which has replaced traditional sales and marketing tools. However, it can be an amazing tool for translating customer approval. Over 2.8 billion people worldwide use and have come to rely on social media. Facebook, Twitter, Instagram, LinkedIn, Pinterest, and YouTube are the big six. And while they can infiltrate a professional’s life in such a way as to become distracting, highly productive people don’t succumb to the draw of social media.

Unless you are specifically working on a social media project, put off checking it until more important work is completed or use social media as a reward for completing a project or a goal. If part of your position is to manage social media, delegate the checking of it to an assistant and instead receive a summary. Better yet, get a social media management app, which has proven to be beneficial to executives.

They do not procrastinate, which is the root cause of time management problems. We all have the same amount of time, so no one has a time problem but rather a priority problem. We all procrastinate at times, but the most successful people do not make it a habit. Instead, they analyze where they are being less productive, set realistic timeframes, and create deadlines to complete projects. It is also important to schedule 5-10 minute breaks to clear your mind and refocus several times a day.

In short, develop a strict schedule and break projects into tasks. If you happen to be the one in charge, create your own accountability with another person. In the words of Alexander Graham Bell, “The only difference between success and failure is the ability to take action.” He said nothing about procrastinating.

They do not focus on failures, but rather treat every mistake as an opportunity to learn and move forward.  Highly productive people do not fear or dwell on mistakes. Some even crave them as it provides a learning experience for the whole team. If you are able to treat every experience as an opportunity, or a game, even when the proverbial cards are stacked against you, ultimately you come out more successful for the experience.

Confident people waste no time feeling guilt or shame over a perceived failure; they simply take responsibility and continue. Reflection on the past can give a new perspective, but focusing on a failure can be self-destructive.

They are not martyrs, instead, they defer to outsourcing and delegating to be successful and productive.  The most successful people are not obsessed with control. Trusting the team empowers the members and increases the probability of success tenfold.

The best executive only does what no one else can. They will not spend time doing things others can accomplish for them. They have the big picture in focus and mentor and guide their team.

Instead of being martyrs, the most successful people know what is important in life, and it’s not 12-hour work days. They have their own priorities, values, mission, and concerns and that comes first in their lives.

The top management invests time, money, and energy into themselves and their own growth because it pays off. They prioritize health and personal time, and balance it with work.

In other words, the most successful business people know how to create balance. They model their careers and choices after other successful people and then, unsurprisingly, become role models and mentors themselves. They know what to do and what not to do and because of that, they continue to be successful.