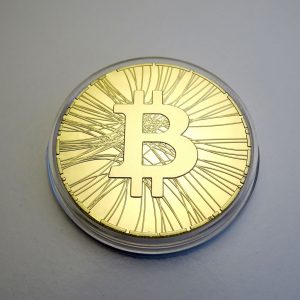 You might have noticed that there is a lot buzz going on recently about the next generation of banking and it is so far connected to a single name. However, in order to start talking about Bankera we first need to look at bitcoins and how the blockchain technology works. Some of you may not be familiar with the second of these terms, whereas bitcoins – which were designed by a programmer or team of programmers under the name of Satoshi Nakamoto – are well known nowadays as the first decentralized cryptocurrency and digital payment system ever invented. Bitcoins also have the highest market capitalization compared to the rest of existing cryptocurrencies.

But what is blockchain technology then? In a world connected all the time on different devices through Internet, anyone can carry out blockchain transactions. The theory behind this is that, considering that the normal transactions that take place are filed into a bookkeeping system that is not open to the public and therefore requires mediators, it made sense to develop a way in which this information could be online and available to everyone on a public ledger. Through collective bookkeeping and a series of hosts to store that info, third party trust organizations would no longer be necessary.

This, in turn, implies that banking would also have to change drastically. Along these lines, Bankera has taken the lead to become the first regulated digital bank of the blockchain era. With technology as its main driver, a dynamic group of professionals behind it and the ability to enable payments, loans & deposits and investments, Bankera is fully supported by cryptocurrencies. Through this operational fork of SpectroCoin (a platform to sell and buy bitcoins), users would not need to get their own banker tokens as 20% of the former’s net transaction revenues would translate into crypto assets that would then be distributed to holders of banker tokens on a weekly basis under a smart contract.

Users can get their own banker tokens during Bankera’s ICO, which stands for initial coin offering. It is basically quite similar to a fundraising but in this case tokens are offered to the general public in exchange for other tokens or cryptocurrencies. In a way, it is a new form of crowd funding. Bankera’s pre-ICO started on August 28 and ends on September 28, and during this time, a 10% of the tokens will be distributed in order to fix the price of the ICO. Once the ICO ends around mid-October (with 30% of the tokens distributed in order to solve capital issues) Bankera will then go on to obtain a license to have banking capability and this part of the process should be ready by the beginning of 2019.

Provided that the blockchain era aims for transparency and that it also seeks to limit the amount of counterparties, Bankera stands for a great solution when it comes to safer banking in the blockchain era. Although some steps still need to be taken, it is undeniable that a new financial time with high potential benefits has arrived. It won’t be long before this drastic change takes place, so the decision now is to either jump on board or wait to see the transformation. What would you do?