Colorado’s GameJam hackathon came to an end on August 9th, seeing the completion of the first launch of a new way to play the lottery: blockchain gaming. The initiative is part of a partnership with Chainlink, IGT, and ETHDenver to draw in game developers and give them the chance to win a top prize of up to $10,000 to create a new lottery 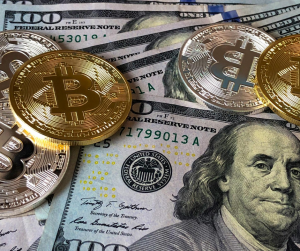 Many states are giving a second thought to different types of gambling as economies are changed by the impact of recent events, even changing laws surrounding sports betting and online casinos in an attempt to generate income. Colorado hopes to use new technology to reach its $1 billion revenue goal and get a foot in the door as an innovator in the growing games industry.

A First for Colorado

The introduction of blockchain into gaming has been a rapidly evolving concept, but for Colorado, the hackathon is part of a relatively new measure. “Last year we launched Colorado Digital Services to begin developing critical public-private technology relationships to position our state government as a tech leader, but more importantly to better serve our population through technology,” said Governor Jared Polis.

Cryptocurrency users have been singing the praises of blockchain technology for more than a decade. Recently, video game developers have started to catch on, recognizing the benefits of blockchain and now even the United States Postal Service may be investing in blockchain development. But what are the real perks of this kind of technology for lottery games and conventional gambling?

One of the major draws of blockchain is the way the data is stored in a decentralized way, so instead of being tucked away in a private server it is available publicly on the “chain”. Assets from that data can, in theory, be used and altered to meet regulations of other regions or to develop other games, reducing costs.

Anyone can see the programming that goes into the games they are playing and monitoring for fraud is simple. In an interview with Cointelegraph, Chainlink co-founder Sergey Nazarov said, “We are thrilled to be working with the Colorado Lottery on enabling developers to build truly fraud-proof gaming applications.”

People who gamble have already started making the switch to online casinos and slots as casinos eventually closed down and slowly reopened. The transparency and non-necessity for in-person interaction that blockchain provides will appeal to a larger market in the coming years as state economies continue to adjust.

It’s important for players to practice responsible habits while gambling, to observe their behaviors, and seek help when their mental and financial health suffers. Some of these responsibilities have changed as recent restrictions have re-framed our social expectations and our ease of access to gambling outlets.

But as technology shifts and options that challenge true transparency and cost accessibility rise, like blockchain, how will our conversations about corporate responsibilities in gambling change? Colorado’s hackathon moves forward into a new realm of development for State lottery games, one that hopefully tests existing hesitations and opens doors for new industry opportunities.