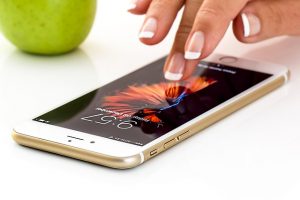 We are talking about Apps for cell phones in the following article, so, of course, this is not about an earlier generation of shoppers, but they can learn modern ways to save too. Grandma might be quite pleased not to be carrying her coupons around anymore, thanks to the Smart Phone her grandkids bought for Christmas. This handy little device saves her time scanning fliers and searching for deals at home. When she takes a holiday, apps alert her to deals she would not have known about. Save more; save with apps.

What Is an App?

First of all, I might be talking to consumers who are far more accustomed to clipping coupons from sheets of paper than using technology to lead them to deals. These individuals might not own cell phones, or they only use them to text children or as a means of emergency contact. Apps represent a whole other purpose for these handheld devices, one they have not explored yet.

Apps or applications are represented on your screen or in your control panel as small icons. When you press them, a website or feature appears such as GPS, a fitness tracker, or a coupon site. All you do is visit the “store” on your phone and search for items using their filters. Look for free coupon apps and start from there.

Vouchers are usually free. They just turn up with or without a purchase in many locations like packaging or in tear-away pads hanging from the supermarket bread shelf. An entertainment book created for charities to sell in local areas is an exception, but can be worth your while. Clubs like Costco still save you money, but only after spending a certain amount. Then you see a return on the initial investment. A free coupon app provides access to many dollars of potential monthly savings, also free of charge, although advertising on the site pays the person running this page. You still become a member, but the only “price” is that a firm has your email details and location, so expect to receive email advertisements.

Apps are as various as coupons themselves. There are apps which direct a person to deals according to their shopping list. Buy these items in certain places to save the most money. Change your shopping list by adding new coupons. Apps locate bargains in the area if a shopper is on holiday or out of town for business. They lead to supermarkets, restaurants, holiday attractions, and services. According to one app, more than 100,000 retailers were represented by their deals, promos, and coupons.

Like a number of coupon websites, certain apps tell shoppers where to find discounts. They show promotions and sales according to which city or state you are in or can be used to browse anywhere for virtually any type of item, even on holiday.

Here’s a magic trick: snip a coupon without scissors, leaving paper intact. There are apps which work like photo albums. Snap a picture of the deal then store it for future use. The app organizes vouchers according to the date they expire, not the date you took their photos.

Barcodes on the Screen

At one time, only barcodes on paper were recognized at a till. Even if the scanner had been capable of reading the barcode, a clerk might have refused to let you scan it, fearful they were being conned, and the company would not be reimbursed without a slip of paper. Now, scanners regularly read codes from phones where apps even automatically apply reward points from loyalty cards. Shop clerks are becoming increasingly familiar with this process whereby millions of trees are saved, countless fingers aren’t blackened by the ink, and they no longer hear, “but I know I had it here somewhere” as customers rummage for slips of paper they lost between the house and the store.

Saving Money in the Future

Is it possible that regular, paper coupons will disappear? Some stores don’t participate in online formats, and their coupons cannot be scanned, so for now paper items will survive. There could be a future in which every firm gets on-board with the newer ways, but if not that’s no big deal. Customers and stores can adjust to a variety of shopping methods including club memberships, in-store savings, and traditional paper vouchers.