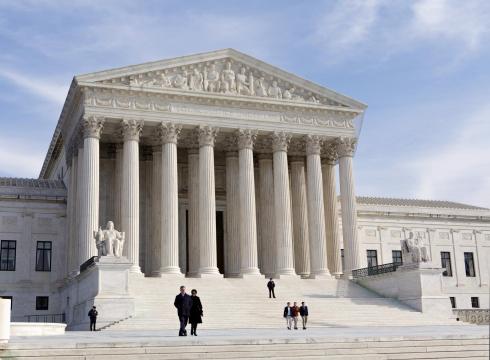 We won’t know the court’s decision for a few months, but it isn’t looking good for the mandate.  Many of the law’s provisions won’t take effect until 2014, but some provisions have kicked in early and are already taking effect.  I like the fact that young adults can stay on their parent’s insurance longer and chronically sick kids can’t be denied insurance coverage anymore.  But all this and more could be swept away in a few months.

Health care is something that all Americans should have access to and in fact, that’s the way it is now.  If you’re in a car crash and sent to the hospital with life threatening wounds, you will be treated whether you have medical insurance or not.  And when the uninsured can’t pay for their treatment, the cost is shifted to the insured through higher premiums.

Let’s remember that insurance companies are in this business to make money.  They count on the fact that, for example(hypothetical), only 1 in 1,000 people will need a $100,000 heart surgery.  That way, they can charge each individual just $1,000 a year to cover any and all procedures.  But in the end of the day, the insurance company will always make money.  If not, they raise their premiums.

Why is Health Care So Expensive?

I believe that one of the reasons health care is so expensive because there is no competitive market for pricing.  When I want to buy a new tv, I don’t go out to the closest store and buy it.  I go to Best Buy, compare prices online, etc.  It should be the same for health care.  When the upfront cost of an $800 x-ray is shifted to the insurance company, you won’t see an immediate impact.  You see the impact a year later, when your premiums go up by 10%.  Unfortunately, the health care law does nothing to change this.

Personally, I like the idea of the Health Savings Account(HSA) because it forces you to pay for all the small routine costs when you visit your doctor.  Insurance should only be reserved for the huge catastrophes like when you break your leg, or need major surgery.  People clogging up doctor’s offices with runny noses and minor pains are the ones who shift the upfront costs to the insurance companies and force everyone to pay for it later with increased premiums.  Too many uninsured people use the emergency room as a primary care physician because they cannot be denied treatment there.

Legality of the Mandate

Conservatives have argued that the government is overstepping it’s boundaries by forcing us to buy this mandate.  However, I think this should be an exception.  What about paying taxes, contributing to social security, Medicare, etc?  Legally, these might not be considered a mandate, but I’m pretty sure you’ll go to jail for skipping out on these payments.  It’s pretty tough to live in modern day society without working, and receiving income, so in essence these are mandates.

I don’t want to be morally or legally responsible for denying anyone the right to health care.  So what should happen to those who get sick and have no insurance?  Shouldn’t someone pay for this, or should we ignore it and let them die?  This will never happen as the majority of people would never allow this.  There are definitely flaws with the health care reform law, but I think it’s a general step in the right direction.

Do you think the mandate should be legal?  Do you think you should be required to have insurance?  What should happen if you get sick?