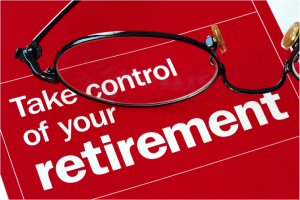 The days for women being able to leave the world of work for good by the age of 60 are numbered. Following anxiety from the coalition government over how to bring down the cost of state pensions, the retirement age for both men and women has increased gradually since a law was passed in April 2010 by the House of Commons.

As the life expectancy for people has improved over the past two decades, some might say that the government was right to increase the retirement age. However, it seems that women, who were previously able to retire from their 60th birthday, were more affected than men. The male retirement age before 2010 was 65.

By 2020, the retirement age for both genders will reach 67, which in many cases will probably mean one thing – working for a few more years. For a small number of older workers, they might not mind being made to wait until they can retire and take out the basic state pension. However, for many, the prospect of waiting might not suit them.

Now that the government is trying to reduce the amount of money it spends on state pension payments, women in particular may have to stay in their current role or look for another job if they don’t have any retirement income stream they can live off. The pensions minister Steve Webb suggested that older people staying in work could become the norm.

If there becomes a shortage of workers, there could be a chance that many older members of the UK workforce will have to postpone retirement until they reach their 70’s. However, the more immediate problem of retirement age increases will present plenty of problems for women in terms of knowing what to do if they have already made plans post-retirement in their early 60’s.

While waiting until they become eligible for the state pension, female workers in their late 50’s will have a limited number of choices. They could either carry on working, rely on their savings if retiring before they turn 65 or, if they have one, rely on a private or workplace pension for income. Those who turn 60 before 2018 are expected to suffer. They are likely to have little time to prepare for the worst, and could find themselves in limbo.

A spokesman from mypensionexpert.co.uk explained how this confusion could cause chaos:

“Little and often early will pay dividends when it comes to young people and their pension contributions. Even if payments are small at first, the fact that the money will be invested for such a long time over their working life can make a huge difference to their overall funds at retirement. Encouraging hard pressed young people to make savings now for their retired life is a big challenge but this decision will soon be made easier with the introduction of Automatic Enrollment where employers will have to provide a work based scheme and also make contributions. “

“Self-employed youngsters will, however have to be self-disciplined and start their own pension and it is this group of people who may be most likely to fall behind in the pension saving stakes.”

Those who turn 60 before 2018 are expected to suffer. They are likely to have little time to prepare for the worst, and could find themselves in limbo.