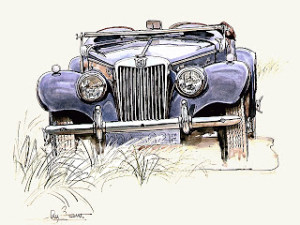 When you think about the automobile, you most likely focus on the high-powered, gasoline-operated vehicles we have today. But you may not realize that before the gas-powered car came the electric car and the steam car. That’s right, prior to the 1900s and the burgeoning popularity of the gas car, auto manufacturers were making up to three different types of cars. Gas cars eventually won out as the nation pushed forward into more economical times and there was a pressing need for cars that all people could afford. This is similar to today, and the way that manufacturers of automobiles are now making gas cars, hybrid cars, natural gas cars, and electric cars as the world pushes for even greater efficiency.

Before the well-known automakers of today rolled into the marketplace (Ford, Toyota, Mitsubishi, Chevrolet, Nissan, just to name a few), French carmakers had a hold on the marketplace. Panhard & Levassor took the market by storm in 1889 followed closely by Peugeot in 1891. It may be difficult to believe that high-end vehicle manufacturers Daimler and Benz were not always the top dogs of auto manufacturing. In fact, in the 1890s, these two top-notch companies were responsible for building and testing engines for other automobile companies. The first vehicle produced by Panhard & Levassor in 1890 was built with a Daimler engine running the show. And these auto manufacturers did more than just put together a great vehicle. They also invented the device that turned into the modern transmission, a critical part in the modern automobile, no matter what manufacturer appears on the tail end.

More importantly for some today is the household name Henry Ford. But contrary to popular belief, Ford was not the first manufacturer of a gasoline-powered vehicle. Instead, look to bicycles. That’s right. The first gas car was invented by bicycle maker brothers, Charles and Frank Duryea in 1893. Ford’s first car did not hit the automobile market until 1896. Also before Ford came the Curved Dash Oldsmobile, by Ransome Eli Olds, in 1901, which was also the first mass produced car ever sold in the United States of America. But with Ford hot on their heels, the auto manufacturing industry grew in droves. Ford, while not responsible for the first vehicle or the first gas powered vehicle was responsible for the first conveyor belt-based auto manufacturing assembly line, which sped up the process, drove down costs, and helped Ford make cars that were more affordable to the general public. This one seemingly small change turned Ford into the biggest car manufacturer in the world, nearly overnight.

Now a days, cars on the road are faster and more efficient than ever.  Most are insured by big companies like Moneysupermarket or other insurance companies since countries require it.  Automobiles have come a long way since their invention some 100+ years ago so it’s important to maintain and take good care of them.