Losing money is never a good thing, or at least in the eyes of most sane people. Nevertheless, losing   money on various daily expenses can actually save you big in the long-term. We’re going to show you  how you can save a lot of money going forward by not falling for the tricks our minds, and retailers, play  on us.

Parents that setup a college fund for their children at a young age are doing a smart thing. They realize  that the price of college when it’s time for them to actually start college involves them paying far more  than they would if they already had a fund setup for them. Don’t saddle your loved ones with enormous  debt by failing to plan ahead. 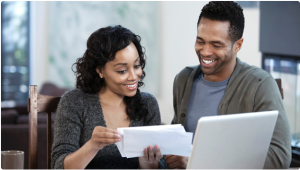 The house is the biggest expense you are ever likely to have. Those who fear mortgages and making a big commitment early are set to lose out later in life. For them, it’s best to take out a mortgage when they’re  young because that’s what will get them the best mortgage rates. Furthermore, the reality is it’s almost  impossible to get a mortgage when you reach a certain age. In addition, another thing, the earlier you pay  off your house the more of a chance you have to continue to climb the housing ladder later.

It’s easy to look at something that costs $9.99 and assume we’re getting a good deal. We look at it and we  think we are making massive savings, even though we’re only actually saving a cent per purchase. When  we look at offers, we get even more confused. However, the reality is this is all a trick to get us to buy  more of something we weren’t going to buy in the first place. It’s why people spend so much on food.  They fall for the games the supermarkets play.

Stop putting off your responsibilities by using credit cards all the time. The interest you have to pay only puts up the prices of everything you are buying with it. By using cash and paying what you owe immediately, you are saving money going forward. The amounts may only be small, and it may be inconvenient to carry cash, but over the course of a year, this can save you thousands of dollars.
See these as long-term investments. Whether it’s not falling for the psychology of supermarkets or planning your biggest investments in advance, this is intelligent financial planning.