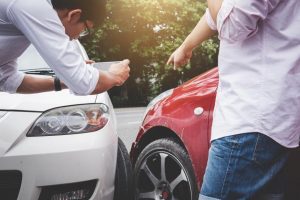 Photographs are evidence that can determine the outcome of your case. Legal funding companies can use that evidence to determine the amount of a cash advance, as your photos can prove many things. It can be hard to remember all the fine details, but photographs never lie.

The moments after an accident can be so traumatic, you may not remember very much, especially if you are injured. In any case, the accident scene may be so chaotic it’s impossible to know who was at fault. The progression of events can be unclear. Reconstructing the accident scene therefore requires an additional eye—the lens of your camera.

How to Proceed with Photographing the Scene

Long before you pursue lawsuit funding, an alternative to settlement loans, your first step should be to document as much as possible at the scene. Accidents are often catastrophic events. Assuming you haven’t sustained major injuries, grab your digital camera or cell phone or tablet and start snapping pictures of the damage.

If you are injured, it’s okay to talk to someone else about taking pictures. It can be someone you were with at the time, a bystander who saw the accident, or anyone nearby who is not hurt. The important thing is to take photographs from as many angles as possible to provide thorough documentation of the accident scene.

Don’t leave out any detail, as minute as it may seem. Evidence of fault may be found in the location and angle of dents in vehicles, or in how skid marks on the street are positioned. Try to get the clearest photos possible. Using the information in the pictures, investigators can figure out where each vehicle involved was at the time of the accident, and how fast they were going.

What to Document at the Scene

Photographs can be used as proof an accident or driver caused your injuries. But you must act quickly. Authorities and road crews will try to clear the scene ASAP to get traffic moving again. Evidence that can help with your case, and acquiring litigation financing, includes:

Without photographs to tell the story, even the best lawsuit loan companies don’t have the evidence they need. The more information your personal injury attorney has, the easier it is for you to get a cash advance for your car accident, so make sure to take photos if you are ever involved in an accident!