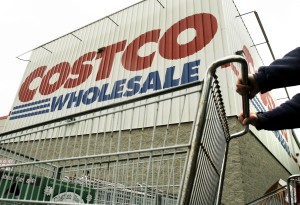 For regular readers of my blog, you probably know how cheap I am by now.  Any time I have to make a purchase of significant value I make sure to weigh all my options and figure out if I really need that product.  Sometimes I’ll ask myself, will this product improve the quality of my life or make me happier?  If the answer is yes then I’ll buy it.  But if the answer is no, I’ll pass and move on with my life.  I’ve even been known to buy a product and not open it for a few days just to get over the initial excitement.  Then I’ll decide if I want to keep the item in question or return it.

One of the things I struggle with on a monthly and yearly basis is membership fees.  For some reason, it really pains me to have to pay a monthly or yearly subscription fee, even for services that I use all the time.  And the one membership I’ve been contemplating lately is my Costco membership.  I know people have mixed opinions on Costco but I usually buy a lot of food related products that just aren’t sold elsewhere(for comparable prices).  My co-workers and I actually used to run a small exact vending machine setup in the break room(we donated the profits to charity) so Costco was great for stocking up on snacks and candy.    My favorites include:

Those are just a few of the staples I buy on my Costco trips.  I’m sure there are things I’m forgetting but as you can see, my list is dominated by food.  I’d rather have all my household supplies like laundry detergent, paper towels, toilet paper, etc delivered via Amazon Prime for free.  That’s much more convenient in my book and if you buy them when they go on sale, you can get them for almost as cheap as at Costco(but minus the lines, traffic, parking, etc).  Definitely worth it in my book.

This year I actually let my membership expire.  I didn’t think it was worth it to pay the membership fee since I was only going a few times a year.  Last year though, when I was a member, Amex and Costco had a Twitter sync deal that gave me $25 off a $100 purchase on Costco.com.  Since I had 5 Amex cards at the time, I bought 5 cash cards for $100 and instantly saved myself $125 at Costco.  That savings was nice but it’s been a year now and I still have about $250 left on 3 cards but no membership.

The cards have actually just been sitting in my car for a while since I’ve been waiting for someone to take me to Costco so I can spend the money.  A similar Twitter sync deal popped up this year and I wasn’t planning on doing it since I still had cards left over but then I read about the membership loophole.  This is straight from the Costco website:

You must be a Costco member to purchase or reload Costco Cash Cards.  Members and non-members may use the cash cards to shop at any Costco location in the United States, Canada, Puerto Rico and online at Costco.com or on Costco.ca. Costco Cash balances may be used toward membership or merchandise.

You might have missed it but the key sentence was: “Members and non-members may use the cash cards”.  I’d heard about this trick before but I’d never seen it in writing until now.

In order to buy a cash card, you do need to be a Costco member though.  Costco cash cards can be ordered online or in-store so if you have a friend who’s a member it might be time to ask them for a favor.  Once you get your hands on a cash card you just flash it at the door just like a regular membership card and you’ll be able to shop.  Now not every employee knows about this policy so you might find some resistance here and there but if worst comes to worst, just call a manager over and have them explain the store’s policy to the employee.  If you exhaust the balance on your card, you can pay for the rest of your balance with an Amex card or cash/debit.

I was near a Costco the other day and low on gas so I thought I’d see if I could buy gas using a Costco cash card and it couldn’t have been easier.  All you have to do is swipe your Cash Card at the pump instead of swiping your membership card and you’ll be pumping gas in no time.

Readers, what do you think about the Costco membership loophole?  Do you think it’s wrong to take advantage of it or will you be all over it next year when it comes time to renew your membership?