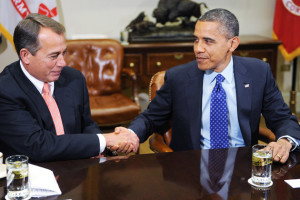 I’ve dropped some hints here and there, but now it’s official.  I got a new job and I’ll be going back to work on November 1st.  After it’s all said and done, I will have taken a 3 month hiatus from work in order to recharge, build up some of my online businesses and just live life.  It’s been a great few months but now it’s time to get back to work so that I can start paying off my fiancee’s rapidly accumulating debt.

A lot of people questioned my choice to leave my last job without first securing another one but I didn’t really see what the big deal was.  In my circumstances, I think what I did was actually pretty reasonable.  I also didn’t want to get stuck in San Diego, while my fiancee was in Orange County, waiting for the perfect offer to fall in my lap.  During my initial job search, I applied for positions with several companies but wasn’t seeing a great response.  Eventually though, I did receive an invite for an interview with one of the largest aerospace companies in Southern California but there was one slight problem.

The timing couldn’t have been worse since they scheduled my interview for the Saturday that I got back from my family vacation to Cabo.  I literally had to rush home as soon as we landed, change my clothes and drive straight to my interview.  I didn’t even have time to shower!  Although I did get a nice complimentary 10 minute massage in the VIP lounge at Los Cabos(courtesy of my Chase Ink Bold card).  I was pretty unprepared for the interview, I did about an hours worth of studying on the plane then I fell asleep.

I thought my interview went ok but I was hoping that my experience would speak for itself.  I was extremely qualified for the position since I had four years experience and the minimum was 1-2.  In fact, I just missed out on applying for the next highest level position since that would have required 5 years.  About 2 weeks after my interview, I got an e-mail saying that I had been extended an offer!

It was pretty strange how impersonal everything was with this company.  Even my offer letter seemed like a standard template that was modified in only a few places like position title, name and salary.  I had no idea who I would be working for, what I’d be working or even what department.  The only person I’d been in contact with was an HR rep who worked at their corporate offices halfway across the country.

I was definitely happy to get the offer but I was a little disappointed to see that the salary was $4,000 less than what I made at my last company.  In addition, they didn’t offer any type of bonus/gain sharing like my last company did so that made the offer even worse.

I wasn’t sure how negotiations would work with this company since I was really only dealing with one HR rep but I figured I’d give it a shot anyways.  The first thing I did was go online and search job forums and see if anyone else had success negotiating with this company.  This strategy might not work as well with smaller companies, but for the big ones there’s sure to be some other people who have posted their findings.  The results were mixed though with some people able to negotiate slightly more salary or a small signing bonus but the majority of people had their counter-offers rejected(but they were still eventually hired).

I also called a buddy of mine who had recently accepted a position there but in a different field.  My friend told me that he tried everything and they wouldn’t budge.  He countered with more salary and they said no, he asked for more vacation and they said no and finally he inquired about some type of relocation or signing bonus and again they said no.

I figured it couldn’t hurt to at least counter-offer with a higher salary and see what they said.  Here was exactly what I said in my counter offer:

I thought my e-mail sounded pretty good to be honest and I didn’t think I was asking for much.  I only asked for a salary increase of $4,000 to match my old salary but after 3 weeks, they came back with their counter-offer.  It was the exact same salary as their original offer!  Damnit, I lost this round.

Since I wasn’t quite ready to give up yet, I also sent another e-mail inquiring about more vacation time.  They start new employees with 2 weeks and I already knew I was going to need at least 3 weeks this year alone with all the small trips I have planned and my wedding/honeymoon.  This time I didn’t even make it past the HR rep since she told me their official policy does not allow them to negotiate vacation time.

What Did I Learn?

All along I was planning on accepting their original offer, but I figured it couldn’t hurt to ask for more money and more vacation.  I think I’m still overpaid at my new lower salary but compared to my peers at other companies, I’m probably a little below average now.  Either way, I think the reason why my negotiations failed in this case was because I had no one on my side.  I made the mistake of not writing down who I had interviewed with so I didn’t get the chance to follow up with anyone.  Eventually, I discovered that my hiring manager had been cc’d in one of the original e-mails but it wasn’t even the same person who interviewed with me.

I think this was a pretty unique situation since the company I’m going to work for is so big.  Their hiring process was so informal that I don’t think my counter-offer ever really stood a chance.  If I could do it again, I would make sure to get the names of everyone that I interviewed with and talk to them before I counter-offered.  It would also have helped to e-mail my hiring manager before countering since then he/she could have been on my side too.

Ultimately, I am happy just to have a job but the next time I need to switch jobs there are a couple things I will do differently.

Readers, what do you think about my negotiation skills?  Is there anything I could have done better, different, or would you have done pretty much the same?