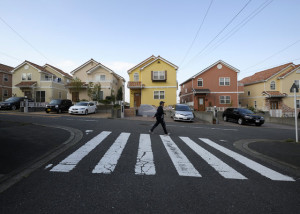 If you’ve been looking at today’s mortgage rates, you don’t need this article to tell you that they’re a lot higher than they were a few months ago. That doesn’t mean that you’ve missed the boat if you’re thinking about buying or refinancing a home though.

2012’s mortgage rates are no longer relevant. They don’t matter because you can’t get them anymore, and magical thinking or beating yourself up won’t change a thing. So deal with it — what matters is the rate that’s available today, and how that fits in with your plans.

As a matter of perspective, the rates seen in late 2012 were the lowest in 65 years. Yes, rates are higher today but they remain extremely low by historic standards and certainly nothing like those in 1981 — when interest levels topped 18 percent — and homes still sold.

So, what can borrowers do in the face of rising rates? Here are four strategies to consider:

First, lock in your mortgage. If you think home loan rates are headed higher, you should nail down today’s rate and stop worrying about it. Locking in rates confers some certainty on the lending process and if rates rise you have protection, a hedge against higher costs. Alternately, you can purchase a float-down option, which protects you from rate increases, but gets you a better deal if mortgage rates fall.

Second, reduce the term of your mortgage – for example, by refinancing out of a 30-year loan and into a 15-year loan. Yes, the 15-year home loan probably comes with a higher monthly payment. You are, after all, retiring the loan in half the time. However, you aren’t paying twice as much to cut your term in half. And you’ll get a lower mortgage rate – as of June 2013, the difference between 30-year and 15-year loans averaged .87 percent!

Third, consider reducing your mortgage interest rate by choosing an adjustable rate mortgage (ARM) or hybrid ARM. ARM interest rates are fixed for one month to ten years. Once this initial period expires, the rate begins adjusting up or down at pre-set intervals. ARMs are less risky for lenders, so they come with lower rates than fixed loans do. You should be able to get a start rate significantly below that of a 30-year fixed loan. For instance, 5/1 ARMs, which are fixed for five years, have rates that are about one percent lower than comparable 30-year fixed rates. And 3/1 loans, fixed for three years, can be 1.5 percent lower than 30-year fixed loans!

Did you know that mortgage rates can differ between lenders by .25 percent to .50 percent on a given day? So don’t be guided exclusively by the financial news or by mortgage rate advertising. Get quotes from several competing mortgage companies to see what’s available in the real world and to get the best of what’s available.

Of course, it pays to watch mortgage rates daily. Sometimes they simply go down.

Peter G. Miller is a nationally-syndicated columnist, speaker and writer whose work appears in a variety of outlets online and off. He is the author of the Quick & Dirty financial eBooks. More than 250,000 Miller books are in print.