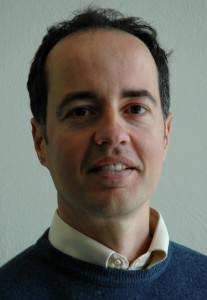 As golf fell out of favor among the men and their friends, they turned to playing poker. Poker was a game everyone could play, at any time of the day and in any climate. As long as everyone had money to throw in, everyone was welcome. After a matter of months, the three business partners realized poker had a lot in common with running a business. 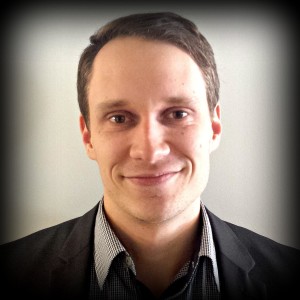 From owning their own business, the three men knew that business, like poker, did occasionally come down to luck. Market forces, an unforeseen thunderstorm that knocked out the grid for a few days, and plenty of other events can (and did) happen. However, much like they knew about playing poker, succeeding in business is all about how you plan around and manage adversity.

As the three business partners continued to play, they realized they could turn their knowledge into another lucrative business by transferring their business know-how to the world of poker. 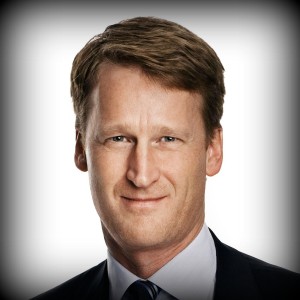 The Parallels Between Business and Poker

No one wants to be in the dark, either about a business deal or an opponent’s poker hand. In a perfect world, we would have all the information and know our opponent (or client’s) hand. However, business and poker are all about doing your research ahead of time and working with incomplete information.

When John, Adam and Shawn started their business, they gathered as much data as they could on their business and those of their competitors’. The three men had wins and losses throughout the years, but no matter the outcome, they always reviewed all major decisions and reflected how they could improve in the future. Last year Dan Matthews stated in his poker and business article that “you can learn a lot more by understanding why good decisions sometimes turn into negative results because of exterior forces such as decisions working against you by competitors or rival players.”

The three men were able to transfer these research skills into playing poker as well. Poker is all about interacting with and learning about your opponent: the way they play, how they take risks, and their style. By strategically risking small amounts of money, the businessmen learned a great deal about their opponents.

Learning How to Read People

Without clients for their products, John, Adam and Shawn would have ended up like the men entrepreneurs who have great ideas, but no sales ability. However, the three businessmen quickly learned how to read people and use the research they had obtained to conduct successful negotiations.

Being able to act persuasively, decisively and handle the subtleties of business transactions are skills that also come in very handy in the cards world. As opposed to actively impulsively, without any knowledge behind their actions, the men took the information they already knew about the client and what they learned in meetings to successfully negotiate contracts. This is similar to poker, as Douglas MacMillan puts it: “in essence, each hand you are dealt in poker is like a product whose value you are trying to sell to the rest of the table by placing bets, raising them, and calling other players’ bets. Your hand frequently won’t be the most valuable on the table. But by piecing together the limited information you have about your opponents and their hands—one might look nervous, one might be talking a lot, one might have a history of folding—you may be able to win with a well-timed and persuasive bluff.”

Being able to read people came in handy for the three men not only in poker and at the negotiating table, but also when it came to hiring quality employees. By being able to read and motivate employees, the businessmen had a more successful and product workforce than their competitors.

Early in their business careers, the three business partners had the opportunity to purchase a small telecommunications business that was floundering. Many people advised them not to buy it, but the three men took a calculated risk, which paid off big time.

Similar to business, poker requires calculated moves in order to win big. When done strategically, risky moves pay off dividends in both business and poker. Poker is all about measured risk and so is business. In poker if you ‘stay safe’ and wait for a great hand to place your big bets you will never make any progress. It’s all about staying alert for regular, smaller opportunities, judging your opponents and having a measured appetite for risk. That is much in common with building a successful business.”

In addition to making small calculated moves, the three men made long term plans that fit into their calculated risks. By having a long term outlook and vision for the company, the men were better poised to take advantage of risky but lucrative opportunities as they came along – much like risky yet lucrative poker hands.

Both poker and business have their share of losses; after all, no one is lucky enough to have perfect hands all the time, and there is no such thing as a perfect business climate. However, you have to be able to minimize your losses before you lose too much.

Poker plays know this intuitively: the money they have on the table to bet is all they have, in theory. In order to survive to play another day, they have to minimize losses on a regular basis. A good player knows how to minimise his losses during a bad streak and maximise his winnings during a good one. Skilled poker players, to use David Sklansky’s memorable phrase, are “at war with luck”.

While it’s statistically impossible to win all the time, it is possible to cut your losses while you’re still ahead and have enough capital to invest elsewhere. The best way to minimize losses in both poker and business is to combine your other skills, especially research and information gathering, to when it’s a good time to stay and when it’s time to leave.

Overall, both business and poker mostly come down to consistency and only a little bit of luck. While people like to say successful poker players are just “lucky”, it comes down to a lot more than just luck.

Successful businessmen and poker players have several things in common that set them apart from average business owners and poker players, and once of those qualities is consistency. Being a successful business owner (and poker player) is a long game. The three businessmen didn’t play poker to win one hand, they played poker to win the game with a long term, consistent strategy. Forbes states, “Many poker players let their ego get in the way of folding a losing hand. Poker is a marathon not a sprint. The aim is to win over a number of hands and increase your winnings over time. It is not about that one big win.

By sticking with their long term, proven strategies, John, Adam and Shawn were successful in both their business lives and their poker playing lives. They were able to leverage the knowledge from running a successful business into becoming successful poker players by using information wisely, reading people, making calculated moves, minimizing their losses and focusing on consistency over luck.