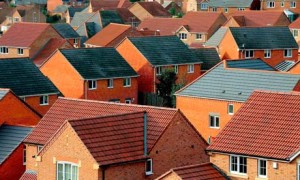 A month on from the Chancellor’s Budget speech and there is still no consensus as to the exact effect of the new assistance to house-buyers on residential property prices.  At one end of the market the Daily Express reports that “experts” expect the price of an average property to rise by 30% to £300 by the end of 2015.  At the other, the Financial Times extrapolates a 7.7% increase in prime London prices over the last 12 months into a 2018 level 47% higher than the previous market peak.  What they do all agree, however, is that prices are heading higher.

Although there is less agreement about where sterling is heading, the last two months have been considerably kinder to it than the two that went before.  The pound is still lower against most currencies than it was at the beginning of the year but in March and in April it gained ground against every major currency except the New Zealand dollar.  And even there it moved ahead in April in foreign exchange services provided by Moneycorp.

Sterling’s biggest gain has been against the Japanese yen, where it is 8% firmer on the month.  Whilst the Bank of Japan has not yet got into full swing with the programme of quantitative easing, which it hopes will turn deflation into inflation within two years, investors see it as a matter of when, not if.  The pound has made least progress against the euro.  A magnifying glass is needed to see the dozen ticks of upward movement but the move is nevertheless up, not down in international money transfers according to Moneycorp.

In the middle of the field the Australian dollar has been having a tough time.  Weaker economic data from China helped provoke a sell-off for commodity and energy prices. Given that that exports of commodities (iron ore) and energy (coal) to China are an important part of Australia’s economy investors were understandably cautious about their exposure to the Aussie dollar, especially after the central bank lowered its benchmark interest rate from 3% to 2.75%.

The US dollar has not been doing particularly well either.  It is still the best-performing Western economy, with 0.6% growth in the first quarter of 2013, but investors always seem to want more.  Unexpectedly strong employment data at the beginning of May had almost no upward effect on the dollar.

For sterling however, news of 0.3% growth in Q1 was a big deal because it was three times what investors had been expecting.  Whilst 0.3% is still a long way from “normal” growth, investors reckon it will be enough to prevent the Bank of England reviving its Asset Purchase programme and adding to its £3375bn stock of government bonds.  That perception made them look more favourably on the pound.

The wild card is still the euro.  Cyprus has been put quietly to bed and Italy has a government at last but it is hard to banish the suspicion that there is bound to be a new crisis looming somewhere else.  The European Central Bank was certainly concerned enough to lower its benchmark interest rate to 0.5% in early May and to speculate openly about the possibility of charging negative interest on commercials banks’ deposits with it.