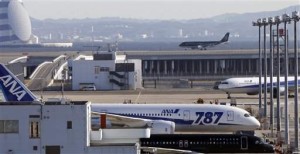 Hey, I worked on that plane!

I don’t travel much for my day job, but I do for my part-time gig(coaching).  This year we have trips planned to Vegas(x2), Philadelphia and Dallas along with a personal trip to New York.  Even though most of my airfare will be free thanks to Southwest(plus my companion), I’m still looking for ways to maximize my savings on all these trips.  Traveling can be expensive enough but I think I’ve found a couple viable options for getting to/from the airport.

I’m not sure why, but I always feel a little guilty about asking my friends for a ride to/from the airport.  The San Diego airport isn’t even that far out of the way; it’s located right near downtown.  Maybe it’s the guilt or maybe I’ll feel bad if I never repay the favor but generally I only ask my family for rides.

The most hassle-free option is usually a taxi, but this always ends up being the most expensive.  Even though I only live 10 minutes from the airport,  a taxi ride costs $25 plus tip.  Here are some of the best options I’ve come up with.  Let me know what you would pick and if I’ve left anything out.

Option 1 – Getting a ride from a friend or family member.

Even though it’s not a big hassle to take someone to the airport, it will still take at least 30-45 mins round trip for them.  I don’t know many people that live right near me so add that to their total drive time.  Normally, I would ask my fiancee to take me to the airport, but a lot of my upcoming trips leave mid-day so it would be pretty inconvenient for her to leave work and take me.  And unfortunately, most of my friends are employed so they work during the week too.

I thought I was brilliant when I found out that shuttle services would pick you up from your house like a taxi and take you to the airport.  But unfortunately, they also pick up a few other people, so a 10 minute ride can easily turn into 45 mins.  The cost may be worth it for a single traveler, but if you’re in a group of 2 or more, a taxi is probably the better option.  It will cost me $20 one way for a ride in the shuttle(+$9 for each additional shared passenger) so I’m only saving $5 before tips.  That doesn’t seem worth it at all.

The only time I would consider taking a shuttle is if I’m at a hotel/landmark.  When you book a shuttle with a company like Super Shuttle, they’ll ask if you’re coming from a hotel/landmark since they often have discounted rates with these companies.  I actually live within a 10 minute walk of Hotel Circle but there is the ethical part of that option(not that I have the best ethics).  I did use this service once though when I went to school at UCSD.  A taxi from the airport to UCSD was about $40 while the shuttle was only $19 if you were going to the campus.  You didn’t even have to be a student/faculty to take advantage of this option.

Now this option might not be available for everyone, but if you live in a major metropolitan area you may have a similar car sharing service available.  I’ve already talked about how much I love Car2go and this is just another reason car-sharing is so awesome.  Since there always seems to be Car2gos on my street I’m usually within a 5 minute walk of one.  The drive to the airport is about 15 minutes, and there’s a park called Spanish Landing where I can park my Car2go.  From there, all I have to do is walk through a tunnel(about 5-10 mins) and I’m in Terminal 2 of the San Diego International Airport.

I actually did a drive by the other day when I was in the area and there were six Car2go’s in the parking lot on a Sunday so I should have no problem getting one on the way back too.  At 38 cents per minute, Car2go will only cost me $5.70 each way!

I know most airports have valet services and parking lots but those prices are pretty absurd.  I don’t even think it’s much more convenient than taking a taxi and it’s probably three times the price.  But there are always local parking garages with free shuttles to the airport.  The more people you’re traveling with and the shorter the trip, the more money you’ll save.  I recently used a Park N Go for a weekend trip where I left on Friday at 3pm and came back on Sunday at 7pm.  I had to pay for three days with an average rate of $9/day.  This option worked out really well since they have shuttles running constantly and it didn’t take much more time than any of the other options.

What Did I Pick?

So that’s everything I could think of.  I think the cheapest option is getting a ride from a friend or family member.  But if you travel a lot, there’s only so many people you can hit up before there’s some resentment.  Personally, I think my best option the Car2go service.  At just $5.70 each way and 10 minutes of extra walking, it should allow me to get to the airport quickly and efficiently.

The parking garage option comes in at a close second though since sometimes you can find good coupons/groupons for them.  There’s a ton of competition in that market, so you can really take advantage of some good deals.  It also helps if you’re taking a trip that’s 3 days or less.  But since I have the Car2go option, I don’t think the $27 is worth it for all the 3 day trips I have coming up.

Readers, what do you think?  Which one of these options do you like the most or would you go a completely different route?