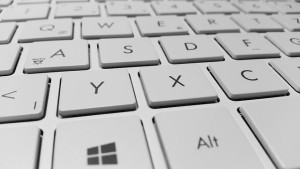 Now that half of 2016 is gone, it is time to reflect on what has happened and on how to manoeuvre for the rest of the year. What lies ahead? XTrade experts give your their forecast.

Looking back, over the past six months, we have seen that there are no reasons to expect a giant growth in the future on a global scale; we believe that global growth will be rather limited.

The Eurozone and the Brexit

Another thing to consider is the risk of recession in the United Kingdom and low expectations of growth within the eurozone now that people have begun to feel the consequences of voting in favour of the Brexit. In fact, the Brexit has been the major cause of policy uncertainty since the 9/11 attack on the World Trade Center, getting twice the policy uncertainty index that the Eurozone Crisis got.

Across the oceans, there is uncertainty in the reasonably protected economy of the United States too. In view of these, XTrade experts feel that it would not require a lot of effort to derail the economy off the trajectory it has.

Emerging Market economies seem to continue to be stabilised as the Federal Reserve seems to keep holding their rating. Economic growth is supported by China credit that revved up, however this is having not so much of an impact as it had in the past and, in the future there is the possibility of it bursting.

What are XTrade Experts’ Views on Government Bonds?

If you have a look at how Government bonds have performed, you will realise that they are now very costly since a considerable part of that sector is not giving positive yields anymore. You can still find a few bargains, like the Japanese JGB, the German Bund, UK Gilt, U.S. Treasury, Italian BTP, or the U.S. TIPS.

Although the equity and credit market valuations seem to be a little bit better, more understanding, if you look at corporate profits, they really look as though they are facing trouble.

In view of this it is of paramount importance to center your attention on assets that have positive drivers and appealing valuations, as it could be investment grade credit, dividend growth stocks, or some debt from Emerging Markets. Considering the fact that we are facing a future that will yield low rates for quite a while, income is pivotal.

What you can do is keep hold of good sovereigns such as the U.S. ones, for example. Don’t avoid treasuries, they are important if you are building a hedge in your portfolio in case of “risk-off” periods, where investors run for shelter in bonds or gold.

It would also be safe to keep away from negative yielding sovereigns like the German government bonds, or you may end up paying a large receipt and possible buyers remorse.

In summary, at XTrade we see that the global economy seems to be walking with difficulty, hobbling along while the Chinese economy is growing and the United States are holding back, causing commodities and Emerging Market currencies to stabilize.