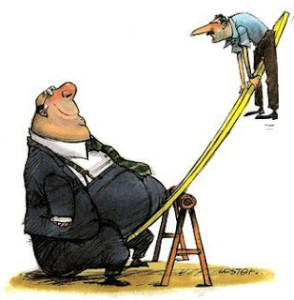 January is a great time to re-assess your retirement accounts.  It’s important to review your 401k contribution and at least consider re-balancing your accounts at the beginning of every year.  You’ve probably made a couple New Year’s resolutions so why not add this one to your list?  2013 will be the first official year I’m able to max out my 401k since last year I received a raise about halfway through the year so I just missed out on contributing the full $17,000.

If you’re making around 50-75k you should definitely be close to maxing out your 401(k) but it’s important to keep a balance between saving, spending and having fun!  Just remember though, every dollar you save at the beginning of your career is worth a lot more than a dollar saved in 20 or 30 years.  Why do you think ‘compounding’ is often referred to as the eight wonder of the world?  Once you’ve realized the power of compounding, saving will become a lot more fun, trust me.

The best way to save for retirement is to avoid lifestyle inflation.  Do you remember what you used to eat and do in college when you had no money?  Those are some of the best memories of my life and I had way less money then, than I have now.  Until you’ve maxed out your retirement accounts it’s a good idea to take every raise you get, whether it’s merit or performance based, and add that exact percentage to your 401k/IRA contribution.  That way, your paycheck will never decrease but it also won’t increase until you have your retirement accounts all maxed out.  You can also increase your 401(k) contribution by 1% each year and most 401(k) providers actually provide an option for automatic annual increases.

Don’t Lose Out on Your Company Match

Once you’ve maxed out your retirement accounts, there’s one last thing to consider.  Some people like to contribute the same amount each paycheck(dollar cost average) and some prefer to front-load their 401k contributions.  I think either method is fine but I prefer the diversity that comes with dollar cost averaging.

Front-loading your contribution does have one major pitfall though.  If your company provides a 401k match, you need to determine if the match is on a per paycheck basis or a salary basis.  Some companies will allow you to “true-up” your contributions which means that even if you front-load your contributions, behind the scenes, they will still count that as contributing each paycheck and give you the company match.  But others(like mine) will require you to contribute each paycheck in order to get the match until the end of the year.

Here’s an example of how you could lose out on part of your company match:

How to Avoid Losing the Company Match

The simplest way to avoid losing out on the company match is to make sure that you evenly distribute your 401k contributions.  At the beginning of the year, calculate what percentage you need in order to go just over the $17,500 limit per year.  If you get any raises or bonuses during the year though, you’ll need to re-calculate this number based on your higher paycheck(you’ll need to lower your %).  Every 401(k) plan is different so here are some things to watch out for and ask your plan administrator about.

Readers, have you maxed out your 401(k) yet?  Do you know if your company will “true-up” your contributions or do you have to contribute to your 401(k) every paycheck in order to get the match?