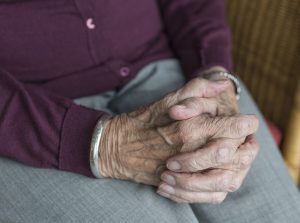 Retirement is a subject not everyone likes to talk about. After all, who wants to admit they are getting older? Thinking about it can cause feelings of depression, fear, and anxiety.

For instance, some people have concerns that they will be lonely or bored without having a job to go to every day. They may picture themselves sitting in a chair as they watch television and wither away with age.

Aside from those fears, there are other reasons you may wonder if you should delay retirement until forced.

Money Won’t Be as Tight

Working longer provides a steady income for more years which allows older workers to save more before retirement. Of course that infers that they budget their money and actually save during those years.

There is real worry among Gen Xers over the possibility that Social Security income will either fall short of their needs or not be available at all. At least part of those fears has been fed by the media.

According to some predictions it could run out around the year 2033, which is only 15 years away. But with some small changes, it could be extended until the late 2080’sor so, which buys time to fix the issues Social Security has.

But it could also help if as many of the older generation as possible delay their Social Security benefits until they are age 70. It allows the funds to grow rather than be depleted faster.

For the single aging worker the advantage is that the monthly benefit amount could be higher which can help with rising inflation and expenses. Although, waiting longer than age 70 most likely won’t increase the benefits they receive.

Waiting to retire until they are forced can help the older work force when it comes to investments. It allows them a longer period of time to make changes and invest more toward the coming retirement years.

Additionally, working longer gives the aging work force the opportunity to invest in ways they may not have thought of previously, such as in real estate or mutual funds.

Money Could be Tight

If working longer provides income for more years then obviously the opposite is true of earlier retirement.  It may be harder for older workers to pay their monthly bills when they retire “on time” or early.

Social Security Benefits Will Be Lower

Once again, earlier retirement has the opposite effect on Social Security benefits of waiting longer to retire. The monthly benefits will be lower since it will potentially be spread over a longer period of time.

In addition to the other early retirement disadvantages older workers face they would also have less time for their investments to grow. This results in less money to go around for all of their bills.

These disadvantages could pose real concerns for the aging population about inflation and rising medical costs among others. But how can the problem be resolved?

One way to prepare for retirement is to start changing spending habits now. Whether retirement is forced or voluntary Gen Xers can still make changes to impact their finances before retirement happens.

Along with changes in spending habits older workers can create a budget if they don’t already have one.

Making cuts in their spending in areas that make sense, such as frivolous or unnecessary spending, can also help. Some examples include, spacing out salon visits, eating out less, or changing from cable to streaming to watch television.

Pay Off as Much Debt as Possible

Getting debt paid off so they can retire with more income and fewer bills hanging over their heads is another good idea. They should pay more than the minimum payment on loans. Not only does it reduce the interest they will pay on the debt it will also pay it off quicker.

Sometimes people get stuck in a rut and simply keep paying every month on the same old insurance policies. But perhaps they should instead pay attention to the cost of the premiums as compared to the benefits and how they change over the years.

Whether or not you should delay retirement until forced is up to you. But it is far easier to reach a decision when you know some of the facts involved first.

How do you feel about retirement?