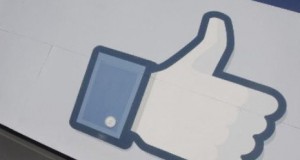 Facebook’s IPO
The world’s largest social media site said Thursday that it had raised $16 billion for itself and early investors through an IPO that values Facebook at $104 billion.  Starting friday, investors like you and me will be able to purchase stock in the social network giant.  CEO Mark Zuckerberg is expected to sell about 30 million of his 500 million + shares, but will still retain 32% of the company.

Facebook’s IPO culminates a year long period in which social media sites like Zynga and Linkedin have gone public with varying degrees of success.  But this is the one IPO social media investors have been holding out for.  Personally, I won’t be holding FB in my individual portfolio but I’m sure my Vanguard Total Market Fund(VFINX) will re-allocate to hold a small percentage in the near future.

I’m really excited to share with my readers my guest post on Credit Karma’s blog.  It’s awesome to be able to write for a site that I use and has over 5 million users!  Check it out and let me know what you think

Here are just a few of my favorite articles from the past couple weeks:

Exponential Economist Meets Finite Physicist:  This one’s a little older, but it’s a really interesting dialogue about the possibility of infinite economic growth.  Definitely worth a read.

You Do Not Have To Work Forever:  This guy is actually a student blogger up in Canada and he writes about making small sacrifices now so you can retire early.

Are Financial Advisers Failing the 99%?:  I don’t think you should ever have to pay to get financial advice.  Great advice is in abundance from online blogs, forums and sites like mine!

What do you think about Facebook’s IPO?  Did you like my guest post on Credit Karma’s Blog?