This post originally appeared on The Rideshare Guy Blog and Podcast but I thought it would be a nice change of pace for my readers since driving for Uber and Lyft can be a great way to make extra money.  The best part about driving is that it barely feels like work yet you can make $30-$50/hr driving during peak periods.  It probably won’t replace your day job any time soon but it can be the perfect supplemental income source and it’s extremely flexible: you get to work whenever you want and if you don’t feel like working then you don’t have to. 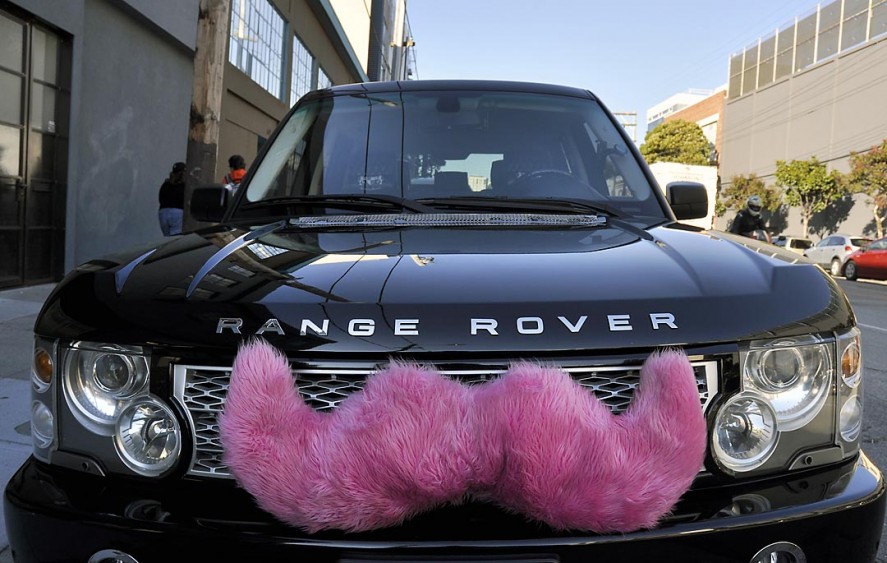 My First Week as a Lyft Driver

I’ll be honest, the main reason why I started driving for Lyft was for the money.  I’m obviously passionate about the future of peer to peer ridesharing but what really motivated me to sign up as a driver was the pay.  I don’t ever plan on driving 8 hours a day but it’s pretty cool to be able to turn on the app whenever you want and make a little extra money.  I’m getting kind of old too so taking a Friday night off and making a couple hundred bucks sounded a lot better than a massive Saturday hangover.

My first ride happened on a Wednesday a few weeks ago when I was on my way home from work.  I was running some errands near a large shopping mall and I figured what better time than now for my first Lyft-perience?  Within a few minutes, I got a buzz and I was en route to pick up my passenger.  Everything went pretty smoothly although I forgot to give him a fist bump when he came in and our conversation was a little awkward (his fault, not mine haha).

My ride ended up right next to a Trader Joe’s so I hopped in and got some stuff for dinner and my first day of Lyfting was over just as quickly as it had started.  I know most people might find it odd to do only one Lyft and be done but it was the perfect way to dip my toes in the water.  I wasn’t sure how much I made but I guessed it was anywhere from $5 to $10 since it was only a 10 minute, 2.5 mile ride.

The next day I got my daily digest and saw that I had made $7!  Not a huge sum of money but it was pretty cool to get paid for basically driving to the grocery store on my way home.  I was pretty nervous too on my first ride so I drove very cautiously, missed a couple lights that I easily could have made, etc.  I could have done that route in about half the time and made close to the same amount.  That’s when I realized the potential of making some serious cash with Lyft.

Day 2 as a Lyft Driver

My second day as a Lyft driver happened a couple days later on a Friday, again after work.  This time though, I had a few hours to kill before meeting up with a friend who I was going to drive to LA with.  My plan was to hang out and do some work on my computer around Long Beach until it came time to leave.  But then I remembered I was a Lyft driver.

I turned on my app and went to fill up on gas.  While I was filling up, I got a call a few minutes away and headed off.  The couple I picked up was headed to a wedding in Laguna Beach which was almost 30 miles away!  I was kind of bummed at first but then I realized that I would be closer to my house and I could hang there until I needed to leave.

They were pretty cool and we had a nice conversation the whole way down.  There was a little bit of traffic so I asked them if they wanted me to take the toll road.  Luckily, I had my Fastrak so I was able to pay and get Lyft to reimburse me later.  They must have liked me and my ride too because they gave me a $5 tip.

Since I was such a newbie at this point, I didn’t realize that the longer the ride the better it is for the driver.  I ended up making $48 + a $5 tip on this ride for about a 35 minute drive.  Apparently, 30 milers on your second day aren’t all that common in the Lyft world.  Either way, I was hooked.  But when would I get my next opportunity to drive?

The Last Day of the Week

My family is from LA so that was one of the reasons why I headed up there over Easter weekend.  After we got done with lunch on Sunday, I hung around for a bit, may or may not have taken a siesta and was planning on heading home in the afternoon.  My fiancee wasn’t going to be home though until late so I decided to check out Lyft and see what the demand was like.  I still had yet to get my first PrimeTime ride.

I never would have guessed but apparently Sundays are a pretty happening day.  I usually use Sunday to unwind and relax but there was a huge demand for rides.  As soon as I turned on my app, I got hit with a PrimeTime request.  I picked up a passenger and drove him from Venice to Culver City.  I was closer to my house in Newport Beach so I figured I’d start slowly heading that way and see if I picked up any rides.  But before I could even turn around, I got another request at the airport (LAX).

Related Article: How I made $500 in One Ride

I know there are some legal issues brewing with Lyft and the airports right now but I just rolled up like I owned the place and didn’t have any problems.  I ended up driving this guy all the way over to West Hollywood and we chatted about online marketing the entire time.  He was working on his own business and website so it was pretty cool to chat with him and pick his brain.  Networking is just another benefit of driving for Lyft and this guy was by far the most interesting passenger I’d taken to date.

I ended up doing a few more short rides in the area and by the time I was done I had been Lyfting for a total of 1.5 hours.  I was getting kind of tired so I called it a day and drove home.  I knew I had made a lot of money so I rewarded myself (and my fiancee) with a Thai feast from a local restaurant.

My take from that Sunday was $64 plus a $5 Prime Time tip.  Not bad for about an hour and a half’s worth of work and it allowed me to buy a nice $35 dinner for two and have money left over.

I know some people do more rides in one day than I did in my first week but I had a lot of fun driving.  It never felt like work yet I was getting paid the whole time.  I’m still thinking about ways to integrate things like errands and driving to work with Lyfting so that I can be more efficient with my time.  The cool thing about my first week was that all of my Lyft experiences were unplanned.  I didn’t set any hours and I didn’t even plan on Lyfting until minutes before I turned on the app.  Now if only I could figure out a way to get that type of flexibility with my day job.

So readers what do you guys think of my first week as a Lyft driver?  Is it something you’d be willing to try out?

Earn up to $35/hr driving for Lyft. Sign up here using my referral code.