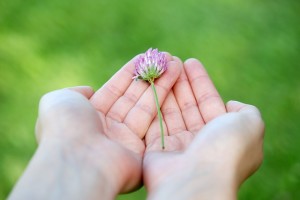 Both my sister-in-law and nephew have birthdays at the end of July. My nephew had his first birthday last summer, and I could not believe the amount of  presents he was given from friends and family members.

I’m not trying to be a big old Scrooge. He’s a cute kid and obviously well-loved by many. As he should be! But before his birthday party, he already had a room full of toys to play with — and this collection provided more than enough stuff to engage and entertain him.

Plus, he turned one. He won’t remember anything about the party or who gave him what. But everyone showed up with huge bags of plastic toys anyway. Why?

Why did everyone feel obligated to spend $25 to $50 on unnecessary items?

And why did everyone feel obligated to do it all over again, a year later, when all the same conditions apply? My nephew still has more toys than he knows what to do with and he’ll have no idea if he did or did not receive birthday presents from distant relations this year.

Because our gift giving culture is out of control and completely unreasonable, that’s why.

A Whole Lot of Wasteful Spending

It was such a waste to purchase all that stuff and spend all that money to do so. But everyone feels obligated, even when it makes absolutely no sense, because of what our society says about giving gifts and presents.

We’re pressured into showing up to a one-year-old’s birthday party with not only a gift, but the right gift. Handmade — or homemade items — may not be good enough. Items that the recipients know didn’t cost but a few bucks are regarded as cheap, and maybe even tacky. Nevermind that we’re told “it’s the thought that counts.”

Everyone knows that the receiving end of the present is not thinking that.

And never mind that the people who end up with the most lavish presents, in both quantity and quality, are the ones who need it least. Never mind that the gift-givers are often cash-strapped and this additional spending stresses them out. Never mind that there are more meaningful ways to share our joy, love, and support with one another than exchanging stuff in bags that we forget about or toss within six months.

It all adds up to a bunch of wasteful spending. And it drives me nuts. But no one else seems to be on the same page with me.

Nothing explains our gift giving problem like this quote from Sheldon Cooper, a character on The Big Bang Theory:

Oh, Penny. I know you think you are being generous, but the foundation of gift giving is reciprocity. You haven’t given me a gift. You’ve given me an obligation.

Of course I [have to give you a present in return]. The essence of the custom is that I now have to go out and purchase for you a gift of commensurate value and representing the same perceived level of friendship as that represented by the gift you’ve given me. It’s no wonder suicide rates skyrocket this time of year.

This was a script obviously written for laughs, but it’s funny because it’s true. We’ve created this vicious cycle of gift one-ups-manship, and it’s disguised as polite manners. In fact, if you decline to engage you’re not making a statement like, “I don’t want to participate in this insane or unnecessary level of consumerism,” or “I’m trying to be financially responsible and right now all my discretionary income is going toward my debt repayments and my retirement accounts.”

Oh no. Society believes you’re saying, “screw you. I’m a greedy Grinch who will happily except your present although I give nothing in return. Ha ha!”

It doesn’t seem to matter if you expressly say you do not want presents. (Trust me, I’ve tried.) Our gift giving culture demands your participation, regardless of your own beliefs, values, and financial situation.

I’m Taking a Stand (in My Own Little Way)

As this article put so well, “we’ve made gift-giving and celebration an obligatory pressure in an over-consumptive, materialistic, and wasteful society. The bar for traditional celebrations is raised higher and higher.” But I’m not going to go along with it.

This year, in an effort to search out the right presents for both my nephew’s and my sister-in-law’s birthdays, I decided enough was enough. I walked into my sister-in-law’s favorite store to do what we had done for the past I-don’t-even-know-how-many-years: pick up a $50 gift card to stick in her birthday card.

Why? Because they always give me and my spouse $50 gift cards to the same exact stores for our birthdays every year. That’s the only reason.

I feel obligated to spend as much or more as someone else does on gifts for me because doing otherwise would be cheap, tacky, or rude. That’s insane.

So I put my foot down and selected two pairs of pretty earrings that I thought she would like. And I’m not going to feel bad that my total was only $22 instead of $50.

And for my nephew? Showing up without anything at all would create instant drama that I would happily pay money to avoid. So we marched into Toys R Us and asked where the 2-year-old stuff was. When we entered the section, we were assaulted by sound and light.

I hesitated for a brief moment between a little drum set that cost $45 and a Cookie Monster plush that you could make sing with you as you squeezed him. It made me smile and my husband wouldn’t stop squeezing him, amused (and it was $12).

Cookie Monster came home with us and was wrapped up in a present next to my sister-in-law’s gift.

Will they judge our gifts and declare them less-than-sufficient? Perhaps. Will the earrings be returned in hopes of exchanging them for something better, only to think we’re awful and cheap when the store credit amount prints out? Maybe.

But, as far as I see it, that’s not something I need to worry over or feel guilty about. I chose these presents with the recipient in mind. If anyone thinks my presents are terrible because the price tags on each was not “enough,” that’s a personal problem that they’ll need to handle themselves.

Have you ever gone a different route with gift-giving instead of confirming to traditional expectations and obligations?