Editor’s Note: For those who aren’t familiar with Health Savings Accounts, I’ve written extensively on the topic before, take a look. 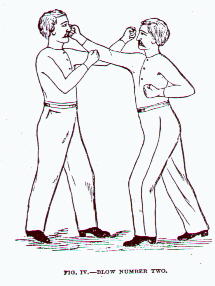 This question didn’t come to my inbox but instead it came through as a comment on my article about 2014 health care annual enrollment. Calculating which plan is best for you is no easy feat and I’m glad Amber posted her comment so I could review the numbers and help her make her decision.

Most employers have realized the benefit of an HSA/HDHP combo by now and offer great incentives to sign up for one. They save money, you save a lot of money, it’s a win-win. And as long as your employer offers a decent HSA plan you almost always come out ahead vs. a traditional plan. The trouble arises when you spend only a couple thousand every year like Amber. Figuring out which plan is right for you can be difficult if you have some expenses but not enough to go way over the deductible. In this case the expenses are somewhat fixed so we can do a couple quick calculations and figure out which plan is best for her.

Most people have annual enrollment around November of every year but since Amber’s fiscal year ends in June she gets to sign up for health care right now.

Amber’s PPO plan costs $40 a month for a total of $480 a year and has a $1,000 deductible. Amber has a $10 co-pay on her medication and last year she spent $340 on medication co-pays. She also spent about $150 on doctor’s visits. So ignoring the premium for now, Amber spent $490 on healthcare last year using her PPO. Some employers offer an HRA which would let her pay for things like co-pays and co-insurance with after tax dollars but it doesn’t sound like that’s the case here.

At the end of the year, Amber has spent $490 in after tax dollars on her healthcare needs. And since that $490 was all co-pays, none of that money counts towards her $1,000 deductible(this is how most plans work but you should always double check these rules).

And since Amber reached her deductible, her doctor’s visits would be completely free(or possibly 10% co-insurance depending on her plan). For simplicity, we’ll assume that she visits the doctor after the deductible is reached. Otherwise, the math would get way more complex but the end result would be the same.

In Amber’s case it looks like the PPO is the winner by $10 right? Not so fast though. The PPO option still leaves Amber with $1,000 to go before she would hit her deductible. With the HSA option, she has already fully reached her deductible. So if she needed any additional medical treatment it would be at the co-insurance rate with the HSA but she would have to pay in full up until the deductible with the PPO.

I also recommended to Amber that by going with the HSA she could shop around for her medicine and see if she can get it cheaper online or from another source(you boys like Mexico?). A lot of time doctors like to prescribe name brand drugs when generics are readily available. Some doctors(like financial advisors) have huge conflicts of interest when it comes to prescriptions so that’s something you should always be aware of.

HSA by a Hair

I don’t think the HSA option is the clear winner in this case but if it were me, I’d probably go with the HSA over the PPO. Since I pay for all my expenses out of pocket instead of with my HSA dollars, that means I’d be able to invest and withdraw even more money tax free. If I was racking up $2,000 in HSA receipts every year, I’d be able to cash out $40,000 tax free in 20 years if I paid for all my current expenses with after tax dollars. Meanwhile, my money will be invested during that time and I can use the earnings to pay for future medical costs completely tax free. Man I love HSA’s.

If Amber decides to switch from her PPO plan to HSA there will definitely be some growing pains. She might not be able to use the same doctor(s) and in general the HSA is a more do it yourself type approach. But if you want to save money you’re always going to have to do a little extra work.

Readers, which plan would you choose if you were in Amber’s position? Do you now see how the premium savings can come into play and make HSA’s the better option for 9 out of 10 people?