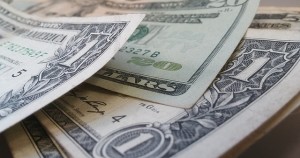 Over the weekend, I skimmed past a headline that read: You Might Be Saving Too Much for Retirement.

I did a digital double-take and quickly scrolled back up on the Twitter feed I was reading on my phone.

What kind of nonsense is this? I thought. I clicked on the link, and I was disappointed to find the article was pretty much a bunch of nonsense.

It was written by an individual already well into retirement today, who was into their 70s, and who took advantage of current Social Security rules that provide you maximum benefits if you wait til 70 to start withdrawing them. This individual had played by the book, financially speaking, and was a diligent saver during their working years and paid off the mortgage to the home they planned to live out their days in before they hit retirement.

They had an ample nest egg and no debt. Their Social Security all but covered their necessary expenses, leaving all that money they’d saved up available for discretionary spending. They concluded they had saved too much while they were working, and regretted not “living it up” a little more while they were young.

There was nothing particularly wrong about the article — beyond the fact that it was completely irrelevant to the age group who needs to be thinking about retirement savings more than any other. That’d be Gen Y, or those in their 20s and 30s, because they’re in the prime position to take advantage of compound interest and save a whole butt-load as soon as they can (that’s the scientific term, you know).

The biggest reason that it’s irrelevant is because of the heavy emphasis on the fact that Social Security was footing most of the necessary bills. I do believe some form of government benefit will exist for retirees by the time we hit retirement age, but I don’t think it will look anything like it does today. I’m not factoring it into my retirement plan; if something’s there, it’s a bonus.

It’s also irrelevant to Millennials because the vision of retirement is constantly shifting. Our retirement won’t look like the life of a retiree today.

But still — the idea that this person said they should have lived it up more while they were young stuck with me. It left me feeling a little uneasy.

How Much Is Too Much?

That is, of course, because I’m a bit of a money hoarder. I prefer saving to spending, and not because I’m cheap (at least, not most of the time).

The lifestyle I lead simply doesn’t cost a lot of money. When I do spend, it’s usually on big stuff — namely, travel, both domestic and international.

So instead of spending, I save. A lot. I don’t have to worry about debt or getting into financial trouble because I spend too much. But interestingly, saving money — and investing the majority of it for future needs like my ideal retirement — has come with its own set of worries.

The one about not enjoying life today because I’m too busy worried about tomorrow is prime among them. That’s why the article stuck with me, perhaps a little longer than it should have.

How can you strike a balance? How much is too much saving and too little living?

It scares me how often I hear people talk about what they regret not doing. I wonder if, by striving to save as much as I can (without landing myself on Extreme Cheapskates), I’m depriving myself of a critical experience or opportunity I won’t get in the future.

On the other hand, part of me thinks that’s “fear of missing out” talking. Those thoughts are fear-based. They’re not rational.

Am I saving too much for retirement? No! It has nothing to do with how much I’m saving and everything to do with the question, am I enjoying life right now or am I feeling deprived because I prioritize saving over spending?

My answer to that question: I love my life right now. I don’t feel like I’m deprived or missing out on anything critical. I don’t want for much and I’ve learned that I’m happiest when my money goes toward things I highly value. Again, for me, that’s travel. Food is a close second. (Seriously!) If someone asks what I want, I tell them, “I want to go on a trip.”

And I do. So I’m happy with my life today. And I’m really thrilled that my savings rate allows me to grow my wealth to enjoy life just as much tomorrow, too.

No, You’re Probably Not Saving Too Much for Retirement

I think anyone who’s working hard to save for retirement wouldn’t mind their future selves beaming back through time to tell them, “you know what? Everything works out fine. Stop worrying so much about money and enjoy it a little more. You can spend a little more and still have plenty in retirement.”

But that’s not gonna happen. You just don’t know — good or bad — what the future looks like.

We want someone, an authority, to tell us, “yes, you’re saving too much! Look at these models that show you’re in better financial shape than you thought you would be.”

But they don’t know any better than we do what tomorrow brings.

We want permission to get a little lax with saving because we’re doing so much. And it’s exhausting. It’s a long hard slog to reach a big financial goal, like adequate savings for retirement — or enough wealth for early retirement. Having someone say we’re saving too much would be a bit of a relief, because it might mean getting to ease up a bit.

You’re probably only saving too much for retirement if:

If, on the other hand, you…

…your savings rate is probably really healthy and doing great things for you on the wealth-building front. So keep it up — and don’t be fooled into thinking you’re saving too much.