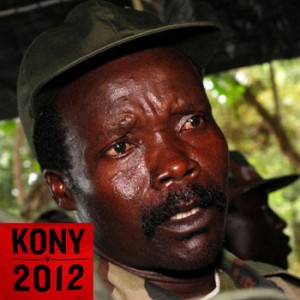 Last week, Invisible Children launched a passionate video aimed at bringing social awareness to the capture of famous Ugandan warlord Joseph Kony.  They set a modest goal of half a million views by the end of the year.  In just under a week, the video had amassed over 55 million hits.  When I finally sat down and watched the KONY 2012 youtube video, I was definitely inspired.  But since then, I have come across many mixed reactions to the film; some were sad, some wanted to take action, and yet others vehemently criticized the movement.

Much of the criticism was raised over what is happening with all the money donated to KONY 2012 and Invisible Children.  Many people assume that their donations will be well spent, but is this always the case?

The film employs several tactics to elicit emotion from the viewer, but in the end, the message is clear.  They need money to stop this guy.  Like other charities, Invisible children relies on donations in order to remain effective.  Donate 10, 20, even 50 dollars, write it off on your taxes and you’ll feel good about yourself for at least a few days, right?

Where Does Our Money Go?

Unfortunately for us, most charities do not have independent financial auditors.  They are almost free to do whatever they want with your donations.  A lot of charities are not held accountable because they bank on the fact that you will not follow up with how your money is being spent.  Invisible Children is one of the only charities I visited online that had their financial documents readily available and visible on their home page.  From their financials, we can see that just below 28% of their expenses fell under Management, Media & Film Creation, and Fundraising.  This seems like a pretty reasonable figure to me.  I think it’s important to know how your money is being spent and I have no problem with some of my donations going to these types of expenses.

Another good tip is to compare the expenses of your charity to a similar sized organization.  Charity Navigator is a free online resource that independently scores US charities in several categories.  It tells us that Invisible Children has an overall score about 10-15% less than similar sized charities.

The last metric I like to use is to take a look at the salary of the charity’s executives.  From page 7 of their IRS 990 form, their top three executives all make less than $89k which seems pretty reasonable for a charity of this size.

If all this research seems like too much, you always have the option to donate your time.  Not every charitable organization needs volunteers but for those that do, it can be a worthwhile experience.  If you have ever gone to a local soup kitchen or delivered food to needy families, you know this is time well spent, and every second you donate is going to a great cause.  Most pundits would even agree there are few wrong ways to donate.  Things get complicated when you start making judgements as to whether certain charities will be able to spend your money effectively.

Either way, giving is always good 🙂