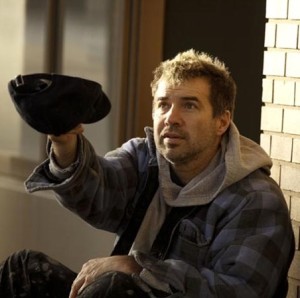 Whether you’re rich or poor, access to high quality healthcare is something that’s important to all of us.  Since it can literally be a ‘life or death’ matter, there is always great debate over the topic and when it comes to health insurance.  Generally, we know which side’s for what: Democrats want to see everyone healthy and with insurance(hence Obamacare) and Republicans tend to steer more towards private insurance paid for by individuals and less government assistance.

Personally, I fall somewhere in-between.  Living in the greatest country in the world should mean that you can’t die on the streets(and indeed that’s how it is).  If I have no insurance and I have life threatening injuries, I’ll be admitted to a hospital, treated and released.

But what about the people who stuffed their faces with hamburgers and fries for 25+ years, refused to exercise regularly and are now becoming a drain on our health care system?  I don’t want to pay for them and if they die because they can’t afford a triple bypass surgery to unclog their heart I won’t lose any sleep.

The Oregon Health Insurance Experiment is a landmark, randomized study of the effect of expanding public health insurance on the health care use, health outcomes, financial strain, and well-being of low-income adults. It represents the first use of a randomized controlled design to evaluate the impact of Medicaid in the United States. Although randomized controlled trials are the gold standard in medical and scientific studies, they are rarely possible in social policy research. In 2008, the state of Oregon drew names by lottery for its Medicaid program for low-income, uninsured adults, generating just such a randomized controlled design. This ongoing study represents a collaborative effort between researchers and the state of Oregon to use this opportunity to learn about the costs and benefits of this expansion of public health insurance.

Most people are familiar with the government’s two most prominent health insurance programs but while Medicare is for those 65 and over, Medicaid is essentially health insurance for poor people.

This study has come up a lot in the past month on the blogosphere and news cycle.  Two years into the study, results have shown that there has been no significant statistical impact found on basic health measures like blood pressure and cholesterol, but did find reduced financial stress and better mental health.

My biggest problem with health insurance though is the fact that you are insuring against things that you know will happen.  I know I’m going to go see a doctor once or twice a year so why do I need insurance for that?  It doesn’t make sense to add in a third party who will only make things more expensive.  Do you think it only costs $20(the cost of a co-pay) to see a doctor?  No, the insurance company pays the rest and then bills you for it through your premiums; insurance for every day and routine exams hides the true cost of healthcare.

The most controversial parts of the study were the results that showed Medicaid did not significantly affect the A1C levels of people with diabetes or levels of hypertension or cholesterol.  These findings have led many to declare that Medicaid does not work, it is a failed system since it’s not improving the health of it’s participants after two years.  Personally, I don’t think two years is enough to make a determination about the validity of Medicare.

Austin Frakt, at The Incidental Economist, notes that non-statistical significance does not mean failure.  It means that either there is no treatment effect or the study is underpowered.  Blood pressures did fall in the study, but the amount they fell by wasn’t statistically significant.  He suggests that aybe these health measures could have been shown significant with a larger sample size.

Over time, I think the results of this study will show that Medicaid will improve participant’s health but I don’t necessarily think just having insurance prevents healthcare problems.  I don’t know why we aren’t focusing on preventative care like eating healthy, exercising regularly and so on.  It would be a lot cheaper to hire a bunch of nutritionists and personal trainers to whip people into shape than it is to have to pay for a cardiologist to go in and do a complicated surgery down the road.

Unfortunately, government tends to be the last one to adapt.  I look to the private sector for change first and I don’t have to look far.  My own company is a huge proponent of health and wellness.  They actively encourage all employees to go for walks during lunch, provide two on site gyms, have wellness fairs and even monetary incentives for setting health goals, getting a biometric screening and taking a health survey.  Now what is their motivation behind all this?  While I’d like to think they want to employ a happy and healthy workforce, the answer is more likely money.  They see that there is a huge cost savings when you have a healthy workforce that doesn’t need to see their doctors very often.  My employer takes a preventative approach now so that down the road they can negotiate cheaper plans for the company’s bottom line.  That’s good business.

I think health insurance for all is a good thing and although there are definitely some tweaks that need to be made here and there we’re on the right track.  I’m still hoping that HSA’s will catch on and employers, employees and governments will realize the benefits of being able to shop around for healthcare services much like you would with other services.  Until people actually have to see the cost of the services they are receiving, there won’t be much change though.

Readers, do you think Medicaid is a flawed system?  What are your thoughts on the Oregon Public Health Study?

I didn’t want to dive too deep into the statistical side of the study but there are some really interesting facets of discussion if you consider yourself a stats geek and words like power and statistical significance mean anything to you.  Here are some more resources if you’d like to learn/read more about the study and it’s results: