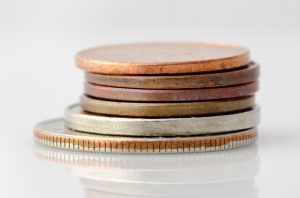 This is a guest post from Eric Rosenberg, a finance writer at Personal Profitability, InvestmentZen, and other personal finance, technology, and travel publications.

When I started my first online side hustle in 2006, I had no idea it would change my life. I was still a college student and began blogging during the summer before my senior year. As a finance major, I intended to get a good job in corporate finance, which I did. But along the way, I built a side hustle that revolutionized both my money and lifestyle ten years later. Thanks to this hustle, I’ve been able to save more, avoid debt, and live a low-stress financial life. Read on to discover the lessons I learned along the way.

A side hustle can help pay off debt

I have taken on debt twice in my life. First, I had a $10,995 car loan shortly after college when my old car broke down. Then I took on about $40,000 in student loans in grad school. It was at the time I was paying off these debts I started to take my side hustles seriously.

I had a good starting salary considering I graduated at the start of The Great Recession, but I wanted to get out of debt as quickly as possible. I kept my living expenses low, but the pay off my debt faster I wanted to attack both sides of the equation. While I started my first blog in 2006, I didn’t start to look at my blogs as a business until a couple of years later. As I began to focus on earning more online, I had more dollars to throw at my loans.

Through a combination of smart budgeting, aggressive payments, and a little help from my side hustles, I was able to pay off that car loan in half of the scheduled five years. I paid off my student loans exactly two years and six days after graduation.

A side hustle can fund your IRA

Over the years, my side hustle income grew to a more significant level. It covered a round of beers, then all of my bar tabs for a month, then it grew to a point where it could cover my rent and later my mortgage. Whoa, I realized I was making some serious cash with this crazy internet side hustle.

Because I kept my expenses low, every extra dollar I made resulted in bigger savings. Once I paid off my loans, I decided it was time to start focusing on my Roth IRA, which has a maximum $5,500 contribution limit every year. I split up the direct deposit from my paycheck at work to directly add $211 to my Roth each payday, resulting in a maximum $5,500 per year. I also increased my 401(k) contributions and added some padding to my emergency fund. Because I had extra income from outside of work, I was able to boost my automatic savings at my day job too.

In fact, my income from the side hustle grew enough that I added my wife’s Roth IRA to the mix. Between my 401(k), our IRAs, and other savings, we were putting about as much as I made from my side hustle into savings. In 2015, that was about $40,000.

A side hustle can revolutionize your finances

The core principle of personal finance is simple: spend less than you earn and use the rest to pay off debt or save and invest. But like most decisions that have the greatest positive impact on our life, that’s easier said than done.

I look at this financial conundrum similarly to how I view weight loss. If you are looking to drop a few pounds, common wisdom says to focus on diet (input) and exercise (output). But if you only focus on the exercise portion, you won’t see much success. You can spend hours on the treadmill every day, but if you only eat pizza, ice cream, and nachos all day, you won’t lose any weight. Why? Because you ignored the inputs. The same is true with your money.

You can budget until you’re blue in the face, but you can only cut your spending so much. You still need a place to live, food to eat, and clothes to wear. Further, you can’t cut your spending infinitely. You can only go as low as zero. And if you are earning only $20,000 per year, you will never be wealthy regardless of how well you budget.

Just as changing your diet has the most dramatic impact on your weight, focusing on your income has the greatest effect on your finances. If you can cut your spending by $5,000 per year, that’s great. But if you can increase your income by $10,000, that’s even better. When I increased my income by $40,000 through side hustles, it made more than a small impact. It completely changed my family’s finances.

I’m not suggesting you ignore your budget. Budgeting and understanding where your money goes is vitally important. But if I had the choice between cutting my spending and earning more, I’ll pick earning more every time. Because personal finance isn’t so black and white, it’s most likely you can find a combination of the two.

It might seem like increased earnings are an elusive pipedream, but that doesn’t have to be the case. Adding a small side hustle can have big results on your life. You might just find your side hustle to be a growing success that lets you leave your day job. You never know unless you try!