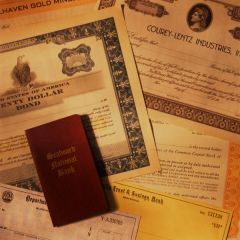 On Tuesday, the labor department announced the latest CPI-U numbers.  With these numbers, you can calculate the upcoming inflation portion of I bonds and determine whether it’s better to buy your bonds now or wait until May.  As you may know, I bonds are composed of an inflation rate and a fixed rate.  The fixed rate is expected to be zero again but the inflation rate actually went down from 1.76% to 1.18%.  According to the labor department, the decrease is due mainly to a decrease in gas prices(I didn’t even notice!).

Buy Your I bonds Now

Better Than a CD?

I own $6,000 worth of I bonds(5k purchased in 2012, 1k received as a gift in 2013) but I don’t include them in my overall retirement allocation.  Since I have plenty of tax advantaged space for my bonds, I don’t feel the need to invest in bonds in after-tax accounts.  Instead, I use them more like a CD or fixed rate investment.  So how do they compare to the best CD rates?

You should always purchase an I bond towards the end of the month but I would give yourself at least a 2-3 day cushion to make sure you get your order in on time.  Assuming we buy our I bonds on Monday April 29th, 2013 that would give us an interest rate of 1.76% from April to September and a 1.18% rate from October to March.  But since we can buy at the end of April and sell at the beginning of March we only need to hold the I bond for just over 10 months to get a full years worth of interest.  Our net annual return after the 3 months interest penalty would be 1.40% which is a bit better than the return on a CD.

There is a mandatory 1 year holding period on I bonds so if there’s any chance you might need the money, you should probably go with an Ally CD.  I like I bonds though since they’re tied to the inflation rate, which minimizes the interest rate risk and they are exempt from state and local taxes.

Readers, have you bought any I bonds this year?  Does it make sense to buy now or would you wait and hope that interest rates go up in September/October?