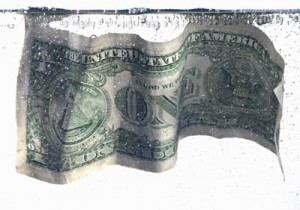 Most investors probably don’t have too many high yielding ‘safe’ investments lying around from the high interest rate days.  The 5% CD’s that we all took for granted in 2007-2008 are a thing of the past and I know most people wish they would have locked in a couple more 5 year CD’s at these rates.  So in today’s market, what are the best options for investors looking to earn a high return and minimize risk?

There are plenty of high return investments out there like Lending Club or investing in real estate, but these generally come with much higher risk.  CD’s are generally thought of as one of the safest guaranteed-return investments around.  But with interest rates at a 10 year low, is it worth it to invest in a paltry 1% CD while inflation is at 3% annually?

The Safety of a Certificate of Deposit(CD)

CD’s are risk-free in nature because they are insured by the Federal Deposit Insurance Corporation(FDIC) up to $250,000.  So as long as you have less than $250,000 in your CD, you will never lose that money.  Generally, in exchange for keeping your money for an intended period of time, banking institutions will pay you a higher rate than a typical savings or checking account.  You are giving up the liquidity on your money in order to achieve a higher interest rate.  The longest term most banks will offer is 5 years and that generally pays the highest interest rate.

Using google advisor, we can do a quick comparison of some of the highest rates around as of today(7/7/2012):

I included a local credit union, Mission Federal, because local credit unions usually have very competitive rates.  I would never open a CD at a large brick and mortar bank like Chase or Bank of America because of their low rates and high fees.  The credit unions and online banks have a lot less overhead, thus allowing them to offer much higher rates.  I haven’t used Discover before, but as you can see they have very competitive rates with Ally, which I highly recommend.

I do have a brick and mortar bank for emergencies, but I do most of my banking online with Ally.  In fact, I’ve decided to switch my emergency fund and all of my savings to 5 year CD’s at Ally.  With a 5 year CD, I get the highest rate they offer and there is only a 60 day interest penalty on an early termination.  60 days is unheard of among the big national and online banks for an early termination penalty.

I plan on taking most of my savings and all of my emergency fund and putting them into $5,000 5 year CD’s.  So if you have $10,000 in savings and $5,000 in emergency funds, you would open three 5 year CD’s of $5,000.  This will allow me to only break one of the CD’s should I need a few thousand in cash for an emergency.  This strategy works best with Ally because of their 60 day termination fee.

In fact, there’s really no reason to open anything less than a 5 year CD because the break-even point is so short.  Let’s take a look at an example:

Half a percentage may not seem like a big deal now, but when your account values start to grow, a percentage here and there can make a huge difference.  As long as the early termination penalty stays this small, there’s no reason to go with anything other than a 5 year CD.  The 5 year CD will let you keep the flexibility of liquid cash while still earning the highest rate available with a guaranteed return.

Readers, do you see any reasons not to use this strategy?  Ready to sign up with Ally(affiliate link)?