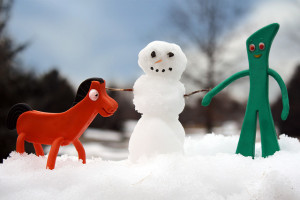 If you’re like me and you love traveling then you know how expensive it can be.  The whole reason why I started churning credit cards and racking up points was so that I could travel more and spend less.  I’ve racked up almost a million points across all different programs since I started but one of the best deals that’s still out there is the Southwest Companion Pass.  The pass lets you designate a travel partner for up to two years and every time you fly on Southwest, they can fly too for free.  It doesn’t matter how much or how little you paid for your ticket, or even how far you’re going, as long as there’s availability, your companion will fly for free.

I fly Southwest all the time and they’re one of my favorite airlines since they have low prices, good customer service and low fees.  In order to hit companion status though, you need to accrue 110,000 qualifying points or fly 100 one-way trips.  The latter is nearly impossible but racking up 110,000 points is a lot easier than you might think.  Normally, when you sign up for airline credit cards, only a portion of the points will count towards status(or none at all), but with Southwest credit cards, all of the sign-up bonus points count towards status.  Southwest/Chase’s official policy is that they don’t count but I did it anyways after reading countless success stories and it worked!

Qualifying for the Pass

Companion status must be achieved in a single calendar year so you’ll need to accrue all 110,000 points in the same year.  And in order to maximize the benefit of the pass, the earlier in the year you achieve status the better, since it will be good for that year and the next full calendar year.  So if you were able to hit 110,000 points in January of 2014, you could have companion status until December 2015, almost two full years!

Chase actually offers four variations of the Southwest card: a plus card, a premier card, a plus business card and a premier business card.  Each of them offer a 50k sign-up bonus after spending $2,000 in 3 months.  So if you’re interested in trying to get companion status, you should apply in early October 2013 for your first Southwest card.  You don’t want to hit the $2,000 threshold until Jan. 2014 though.  After about 90-95 days from the day you first apply, you can apply for your second SW chase card(so sometime in early Jan. 2014) and hit the spend limit on that card as soon as possible.

I think Southwest points are extremely valuable for a couple reasons.  You can usually get a redemption rate of around 1.4 cents per point and there are no cancellation fees with the points.  I usually book flights with points and if they have a sale before I fly, I’ll cancel my original itinerary and re-book at the lower price.  You can even book a flight for someone else using your points.

The companion pass works with points too so your 110,000 points are really worth 220,000 points if you fly with a companion every time.  That’s a value of $3,080 just for signing up for two credit cards!  I think this is one of the best deals in the industry and although I only got to take advantage of it a couple times, it still saved me a lot of money.

Readers, what do you think about going for the Southwest Companion Pass?  Is it worth the hassle for $3,000+?