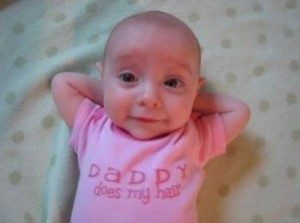 Even from a young age, I’ve been hustling to find the easiest jobs that would pay me the most.  When I was a kid, my neighbor and I would steal lemons from another neighbor’s tree and sugar from his parents to set up a lemonade stand on the corner.  I’ll be honest, the money wasn’t great, but since my parents didn’t give me an allowance, it was the only way we could make money so we could buy candy at the liquor store.

So it’s been no surprise that since those days I’ve been on the lookout for jobs that could make me the most amount of money with the least amount of work.  Not sure that there’s anything wrong with that, but I guess my philosophy has always been why work harder than you have to to be happy?

Don’t Work Harder Than You Have To

Don’t get me wrong, I love making money, but I also like exercising, playing sports, going to the beach and drinking beer.  Work cuts into all of those things big time.  I think it’s extremely ironic that most people spend the prime of their life working in an office and once they finally retire, they’re too old to enjoy all the things a younger version of themselves would have loved to do.

Over the past few years working in a cubicle, I’ve made a ton of money, saved a ton of money and still had time left over to do a lot of what I enjoy doing.  But there’s still more that can be done.  I always tell people I’m in the prime of my life living in one of the most beautiful areas of the country if not the world, why would I want to spend 8-10 hours a day working?

I like the idea of a 4 hour work day since it allows me to get a lot done, I accomplish something every day but have time left over for myself.  Now that I’m in-between jobs and able to focus on my online businesses, I do spend about 4 hours a day working and the results have been great.  I do a couple hours of work in the morning and then a couple hours later at night.  The best part is the freedom that it allows me, I always get work done but it’s on my own schedule and at my own pace.  The only problem with my 4 hour work day is the money is about 1/3 of my day job.  Ultimately, it will be time for me to quit the day job when my 4 hour income equals my day job income.

I am extremely productive in those 4 hours and constantly doing real work.  After 4 or 5 hours though, I believe the law of diminishing returns starts to kick in.  There’s no way you can be as productive in hours 7 and 8 as you are in 1 or 2 so why not call it a day?  I usually tell myself that since I’m not as efficient in hour 7 as I am in hour 2 it is a waste of time to be working since I could get the same task done the next day in less time.

A List of The Easiest Jobs I’ve Ever Had

I think I might have lied on my first job application at the age of 14 because I wanted to make money so bad.  You had to be 15 to work but since I was a year young for my grade, I applied anyways and got the job.  I applied through my high school’s work study program to work at a company called Jester Digital in what started me on my journey of finding easy/high paying jobs.  Here are some of the best gigs I’ve had over the past 13 years.

12 years ago was the age of start-ups; I worked for a small start-up company that basically was an early version of an online virtual world.  Since I was pretty computer savvy for a 14 year old, I quickly learned all the functions and served as real time help.

The greatest thing about this job was that I was able to work from home and no one ever visited the site!  I logged 2 hours a day every single day of the week  and since the site was so shitty, I rarely had to help anyone.  I usually spent the 2 hours watching tv or doing homework.  Once a week I had to attend a meeting of all the employees but I got paid for it and they always had pizza.

The company went out of business about a year later, big surprise right?

To this day, I still regret quitting the volleyball team in college after 3 years not because being an athlete was so rewarding, but because I had to give up my job doing the team’s laundry.

Now I know that doing laundry probably seems like a tough job, with long hours and lots of sweaty clothes but it was one of the easiest jobs I ever had.  Every day after practice, everyone would throw their laundry in a laundry bag and onto the middle of the floor in our locker room.  Then I’d come along and put it into a large laundry bag and wash it.

The nice thing was that we had two industrial sized washer and dryers so I could fit everything in one load.  And since I was friends with the laundry attendants for other teams we would all throw each other’s stuff into the dryer or remove it from the dryer if need be.  The next day, I’d go in and grab the clean laundry off the ground and deposit it on the locker room floor before practice.

I got paid for 2 hours every day at $11/hr, 7 days a week.  Even though it took me all of 2 minutes to drop off the laundry and 2 minutes to pick up the laundry, the attendant in charge told me I could charge 2 hours.

For most courses at my university, there were TA’s and graders.  TA’s were all grad students but undergraduates who had decent GPA’s and gotten an A in a certain class could then apply to be a homework grader for that class.  Even though it took 3 years for me to get my first couple A’s in engineering courses, once I did, I immediately applied to be a reader.

I still remember the professor since he was one of the most relaxed professors I ever had.  He drove all the way down to San Diego from LA for class so often times he was late or missed the entire class.  As a grader for his class, I was paid for 10 hours a week and homework was supposed to be assigned once a week.  He ended up only assigning four homework’s over a 10 week quarter and since there was only one other reader I did two and he did two.

So at the end of a 10 week quarter I had done about 8 hours worth of work and was paid for 100; not a bad return on your money.  Needless to say, I applied to be a reader for him the next quarter too.

Since my university was located in a very affluent area, it only made sense that I part time as a tutor for the local high school kids.  I started applying to all the postings I found on our university’s job board for tutors and soon had a couple consistent gigs where I was paid in cash.

This job required a lot more work since I had to drive to the kid’s house, tutor them for an hour and drive back, but the money was tax-free and it was by far the most I’d ever made per hour.

I started coaching when I was a 5th year senior in college and haven’t looked back since.  Since I solely coach club teams that practice 2-3 times a week for 2 hours, my time commitment is a lot less than most people would think.  Still, once you add in tournaments you’re looking at a pretty big time suck since we travel 3-4 times out of state and have full day tournaments 1-2 times a month during the season.

But the reason why I include this job is that for me it’s hardly a job at all.  Some of my best friends coach volleyball and I’ve made some great connections and life long friends, travelled all around the country for free and gotten paid to do it all.  I would almost do it for free but if they’re going to pay me and I can fully deduct the income since I own my own volleyball business and get paid with a 1099 that’s fine with me.

Readers, what are some of the easiest jobs you’ve ever had?  I’m sure there are some pretty cush government or under the table cash jobs people have held.  Is it wrong that I like to make money without working too hard?