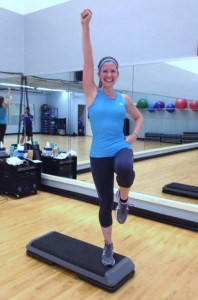 Ever since I quit my job, I’ve had a ton of time on my hands!  After I’m done with my four hours of work, I usually spend the rest of the day exercising, working out, exploring or meeting up with friends.  When I first started this day job hiatus, I was working out at the gym 2-3 times a week.  But as my time off has progressed, I find myself working out less and less.  I still do yoga once every week or two but I’m talking about the hardcore pumping iron sessions that I do.  Ok well they’re not really that hardcore and I’ve been known to bench press a few sets and go home but you get the point.

I signed up for 24 hour fitness when I was in 10th grade and at the peak of my athletic prowess.  I was looking to maximize my volleyball skills and I figured working out a little bit wouldn’t hurt with the ladies either.  I was right on with my first goal but very wrong on the second one.  Anyways, when I signed up, they offered me(and my mom) the option of pre-paying 3 years up front at the regular rate of $25 dollars per month and then only having to pay $99 a year for the rest of my life.

At the time, I actually had some money since I started working at the age of 14, but I didn’t really want to spend it on a gym membership.  My mom had done a similar deal with Bally’s when she was younger so she agreed to cover my gym membership.  We pre-paid 3 years and that gave me access to any 24 Hour Fitness Sport in the country as long as I continued to pay $99 a year after 3 years.

Even as a kid, I figured this was kind of a no-brainer.  I’ve always been very active and I knew that I’d need a gym membership for the rest of my life.  I knew I might not use it a ton during college(since I would have a school membership) but after that it would definitely come in handy.  I especially liked the fact that the membership gave you access to any club across the nation so I’d be covered even if I moved around.

In recent years, 24 Hour Fitness has started converting a lot of sports to super sports which require an upgraded membership.  I don’t have access to super sports and I have a suspicion that they’re doing this because they have too many people like me.  It’s just a conspiracy theory but I know how these CEO types think 🙂  Either way, there are still plenty of sports and active clubs around so it hasn’t become a problem just quite yet.

The monthly membership fee at 24 Hour Fitness these days is $35 a month and they no longer offer the deal that I signed up with.  That’s $320 more per year than I pay and a pretty insane amount when you think about it.  I know there are Costco 2 year memberships that you can buy for a few hundred dollars but even those are more expensive than my membership.

The one major problem that I’ve found with my $8/month membership is that it’s not enough to motivate me to go to the gym sometimes.  Since my fees are so low, I don’t even feel like it’s a waste of money if I don’t use the membership for months at a time.  When I studied abroad in Hungary during college, I bought a 20 use pass to the gym.  The pass was only $30 but by the end of the semester I still had 6 or 7 uses left.  Even though each use was barely over a dollar, I still felt like I had to use the remaining passes otherwise I was leaving money on the table!

With my current gym membership, I pay the $99 once a year and I kind of forget about it.  I think if I had to pay $35/month for my membership it might actually motivate me to go to the gym.  I’m probably averaging 1 gym session a week so each session is only costing me $2.  If I was paying the normal membership rate, it would be costing me close to $9 per visit.  If that were the case, I think I’d be highly motivated to get a really good workout in or go to the gym multiple times in order to bring my per session cost down to something more reasonable.

It’s kind of funny to think that a gym membership can be too inexpensive but I feel like that’s exactly what’s going on here.  I’ve been tempted to pay for a crossfit type class or boot camp that costs $100/month just to see if the money motivates me to work out more.  I think it will.

Readers, do you think I’m crazy for wanting to spend more money per month on my gym membership or should I find other ways to motivate myself?  How much do you guys pay for your gym membership?  I can’t imagine having to pay $30-$40 per month after paying $8/month for so long.