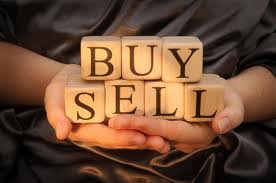 I received an interesting question in my inbox the other day from one of my readers. I’ve edited it a bit but it went something like this:

What can I invest in to get more consistent income in the months where I’m not making any money? And what do you think about real estate investing? I’m thinking about buying a house with my girlfriend and maybe investing in a rental property too. – FF

Wow, there’s a lot going on here and $50,000 in 2 months is awesome – as long as you’re not a drug dealer haha. But seriously, the first thing I noticed here was that reader FF is doing a great job at making money and not spending much of it. A lot of people succumb to lifestyle inflation when they make this much money yet FF has clearly done a great job saving so far.

I’m going to tackle the investment aspects first and then I’ll move on to real estate. I sent a couple follow up e-mails and even spoke with reader FF on the phone and here are some additional things I learned:

I talked to this reader for a long time but the point I tried to make over and over is that when you’re dealing with this much money you have to educate yourself. You should always assume the worst and hope for the best when it comes to other people and your money. My favorite saying goes something like this, “Nobody is going to care more about your money more than you do.” Whether you’re doing your taxes, investing or even taking your car to a mechanic, it’s important to at least have a basic understanding of the subject matter. Otherwise, you’re just asking to get screwed(that is my quote).

In the personal finance arena, there are a lot of people hungry for your money but there are also a lot of people out there(like me!) who are good at what they do and want to see you succeed. The trick is being able to distinguish the good ones from the bad ones. Here are all the tools and resources that I think will help this reader or anyone like him.

Whether he knows it or not, FF has a huge emergency fund saved up and if I were him I would keep a minimum of 1 year’s expenses saved up in cash. Due to the sporadic nature of his income, he could go 6 months or more without ever seeing a paycheck and he’ll want to be prepared for something like that. It’s a little too late for 2013, but in 2014 it might be a good idea for him to look into a Roth IRA(he’ll have to do a Backdoor Roth IRA) to fund his emergency fund.

At his income level, it makes a lot more sense to max out pre-tax retirement accounts(like a 401(k)) but if he’s going to save a large emergency fund he might as well do it in a Roth IRA since you can withdraw contributions at any time. And once he fully funds his emergency fund in his Roth IRA he can start investing the new contributions.  Roth IRA’s generally don’t make as much sense for high income earners but once you’ve maxed out your 401(k) you should also max out your Roth to take advantage of tax free withdrawals in retirement.

I didn’t ask reader FF specifically how much he was making every year but it’s clear that he is in the top 1% when it comes to income. The one glaring omission I saw though was that he has no tax advantaged retirement accounts. Since FF is self-employed/runs his own business he’ll have to look into starting either a SEP-IRA or a Solo 401(k). In my experience, Solo 401(k)’s are a lot easier to deal with and he’ll also be able to contribute up to $52,000 for 2014.

This is a no brainer in my book since he’ll save around $23,400(assuming a 45% marginal tax bracket) in taxes by maxing out his solo 401(k). Although FF has a lot of money in cash, none of it is technically invested for retirement. He has about $100k in stocks but he’s not getting any tax savings from that money right now.

For now, it would probably be best for FF to invest his new 401(k) in a target date retirement fund like Vanguard’s 2050 Fund(VFIFX). That fund will invest in an age appropriate allocation of stocks and bonds and rebalance towards more conservative investments like bonds and cash as he gets older. The expense ratio is only 0.18% and it basically lets your investments go on auto-pilot. As long as you don’t touch it, VFIFX will beat most financial advisors over the long run.

Once FF gets a better grasp on his finances and/or hires a financial advisor, they can figure out his asset allocation and risk tolerance and invest accordingly.  Until then though, I think a target date retirement fund makes the most sense.

The first thing I told reader FF was that buying a house with anyone but your spouse is a terrible idea. There’s no way around it, it’s just a bad idea. I hear and read about so many stories of people buying homes with their girlfriends, friends, brothers, etc that I don’t think this would ever make sense for anyone. But some people need to learn the hard way.

Whether reader FF buys a home with his girlfriend or not, he still needs to make sure that he can qualify for a mortgage. Since he receives 1099 income, it will be much more difficult for him to qualify for a mortgage than it would be for someone with W2 income. I advised him to speak with a loan officer today and get pre-qualified and pre-approved so that he knows exactly how much the bank is willing to lend him.

To make matters worse, FF lives in a high cost of living area so he’ll probably need a larger downpayment and mortgage than most people. He’s got the downpayment covered but I think the mortgage might give him some trouble. FF will also need to consider how much he’s comfortable with borrowing. Remember, just because a bank is willing to give you a $500,000 mortgage doesn’t mean you can afford it. I’d probably err on the side of conservatism in FF’s case because his income is so inconsistent. Even though he makes a lot, it could be devastating to his finances if he buys a home that he can’t afford and has to give it back to the bank if his income drops.

Reviewing FF’s finances, I saw two huge opportunities for him. The first was to open and max out a solo 401(k) and the second would be with an investment property. FF probably doesn’t have the time to be an active real estate participant but he definitely has the money to partner up with someone. The trouble for him will be in finding someone that he can trust and finding someone who knows what they’re doing. There are a lot of ‘real estate people’ out there willing to take $50-$100k off your hands but not all of them are good people to invest with.

I think an investment property would be the perfect second source of income for reader FF though since it could provide a nice steady return in the months where he isn’t making any money. My advice to him was to start talking to friends/family/accountants/etc about possible real estate investment opportunities. I told him to try and get in contact with some people who have done deals in the area and see what they’re looking for in an investor. Here are some good questions to ask:

I’ve actually been looking for a real estate deal myself lately to put my money in but haven’t quite found the right one.  The problem with living in a high cost of living area like California is it’s a lot harder to get cash flow out here.  You have to be willing to go out of your comfort zone and invest in other states if you want to make more money.  If you’re set on investing locally somewhere like California you’re going to have to accept that your returns won’t be as good.

There really is a lot going on here but fortunately reader FF is in a great position to take advantage of his financial future. The first thing he should do is start educating himself. Once he’s got the basics down, FF should look into opening a solo 401(k) and maxing that out so that he can save for retirement. He’s already got an emergency fund and I’d make sure to keep that in tact(whether through cash or cash in a Roth IRA) especially since he’s considering buying a home and his income is very unstable.

Since he’s got enough money for basically two downpayments, I advised him to buy a modest house somewhere and also invest in a rental property somewhere. The latter will probably take some work but if he can find the right deal it should provide a nice cash buffer to help his budget during the months when he makes no money.

Readers, what would you do in FF’s situation? I think education is most important because $300,000 is a lot of money and although there are some really good things you can do with all that cash, there are also some really bad things that you could do too.