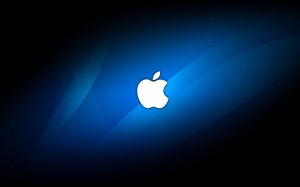 From my seat on the couch I can look around and see my fiancee’s iPhone 5, my old iPhone 4, my Apple TV and oh yeah I’m typing on a MacBook Pro.  Obivously, we’ve been using Apple products for quite some time now but I still remember our family’s first Macintosh computer in the early 90’s.  Mac products have come a long way since then and the company has come to epitomize a top of the line electronics brand.

The sales statistics are staggering and if you invested in their stock(AAPL) any time in the past 10 years, you’ve probably made some money.  I don’t own any shares specifically but I know they’re one of the top holdings in all my large cap index funds.  I’ve never really been an Apple fan boy, but I have enjoyed many of their products over the past 10 years.  I’ve owned everything from iPods and shuffles to currently, my Apple TV and MacBook Pro.  They’ve always been on the cutting edge of technology and their products are very simple and easy to use.

But even though I’ve made countless Apple purchases in the past, I’m slowly shifting away from the Apple brand.  I ditched my iPhone 4 for the Galaxy S3 a few months ago and couldn’t be happier with my decision. I’m currently in the market for a new desktop computer, and in addition to RAM, memory and technical details, I look at the quality of antivirus software offered on a new desktop computer, Mac has literally hundreds of options.  In addition, the price of a PC is literally 3-4 times cheaper than a comparable Mac. I don’t even use my iPod anymore since I primarily play music through my phone so there’s no need for a redundant device there. While Apple does still make some good products, I think you can find other brands of comparable quality for a lot less.

When you hear the word Apple behind a product’s name, you know it can be trusted.  When iPods first came out, the Apple iPod was vastly superior to others.  I remember using a Rio MP3 player in middle school and that thing was an absolute piece of crap.  At the time, Apple was so far ahead of other companies, it made sense that their iPod cost 2-3 times more than a Rio MP3 player.

I don’t know if people still buy iPods(since you can use a smartphone to play music), but I don’t see one good reason to pay the Apple price premium anymore.  Other companies are producing electronic devices of the exact same quality but cheaper(Apple’s iPad vs Amazon’s Kindle Fire).  In fact, most of the suppliers for Apple parts are allowed(and do) sell the exact same parts to any third or fourth party.  The iPhone 5 A6 chip was even manufactured by Samsung, makers of the Galaxy S3, one of the iPhone 5’s biggest rivals.

I think most would agree that you’re going to pay top dollar for Apple products.  They don’t need to have sales or deals on their products since more than enough people are willing to line up when their newest products hit the shelves.  But one of the reasons their products are in such high demand is their simplicity.  I’ve seen everyone from 5 year old kids to 75 year old grandparents using Apple products.

But their are a couple drawbacks to this approach.  Ever wonder why you can’t visit websites that use Flash on an Apple phone or iPad?  They have very strict developer rules which severely limits third party software.  Companies like Google take more of an open source approach with their products: everything is customizable, everything is accessible and you can make your phone or your computer the way you like.  Personally, I like the customizability aspect of Google products.  I want to have the ability to change settings, update software, etc.

With Apple, it’s either their way or the highway, and it’s getting worse.  In the past, you could always buy a Mac computer with minimal RAM and pay anywhere from $30 – $100 to upgrade it yourself(if you go through Apple, they charge hundreds of dollars for RAM upgrades – ridiculous!).  But with Apple’s newest MacBook Pro, the RAM is soldered onto the motherboard so you can never upgrade the RAM or replace corrupted RAM.

Apple has done a great job building their brand to the point where they can release a 5th version of a phone that is exactly the same as the previous(except for a weird vertical extension in length) one and it becomes their best selling phone ever.  The iPhone 5 still sold millions but I think people are eventually going to notice this lack of innovation.

I don’t see the same ingenuity that Apple products once had, therefore, I don’t see a reason to pay top dollar for them anymore.  I don’t care what brand name is on my phone(I’m probably going to put a cover on it anyways).  As long as the product delivers and keeps me happy, I’m going to pay the lowest price possible.

Readers, do you buy Apple products because of the name or do you truly think they make a better product?  Have you ever tried switching from say an iPhone 5 to a Galaxy S3 or a MacBook Pro to a Windows PC?  Don’t be scared, do it and I think you’ll be surprised.