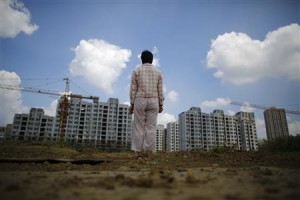 I’m a huge proponent of saving money but when one of your favorite things to do is travel, your worlds can kind of collide.  Luckily, I use a lot of the airline miles I rack up from credit card sign-up bonuses to get free flights and hotels.  But the latter can often be a lot harder to get good redemption rates on or find availability with.  So what do I do when I have to actually pay for lodging?

In these times of need, I generally turn to Vacation Rental By Owner (VRBO).  Over the past few years, I’ve booked 5-10 places with VRBO ranging from small 1 bedroom studios to massive 15 person homes.  Every single one of my experiences has been awesome and it always lets me enjoy the finer things at a fraction of the cost (we stayed in a 3 million dollar house last time we used VRBO).  The reason why I like VRBO type sites is because you save money by booking directly with the owner.  These bookings are much cheaper than a hotel and you generally get a very good bang for your buck.

And Now the Bad

This summer has been pretty crazy for me travel-wise.  I’ve had multiple bachelor parties, work trips and a couple wedding related trips.  For my latest trip, I booked a VRBO house in San Francisco for 17 of my closest friends during Bay to Breakers weekend 🙂  Since we had such a large crew, we were able to book a pretty amazing luxury property right on the water for the weekend at just over $100/person.  Most of us were flying in from all over California so our plans were pretty firm a few months in advance.  We also made reservations for lunches, dinners and planned a few activities.  Needless to say, a lot of time, money and energy had gone into planning this trip.

5 days before we were scheduled to arrive, I got a call from the owner of our VRBO property.  There was a medical emergency in the family and they would not be able to leave the house.  And that meant that we would not be able to rent the house.  I was floored.  I was the one who set up this house and now they were canceling on me.  We now had 17 people with nowhere to sleep.

Over the next 24 hours, I went through the entire gamut of emotions: from mad and stressed, to tolerant and finally relieved.  Although the owner promised to find us alternative lodging, I wasn’t expecting too much from them.  I immediately called VRBO and they were very attentive and listened to everything I had to say.  I thought to myself, “Okay this is good, they’re going to do something about this!”  I was wrong.

At the end of the conversation, VRBO told me that they would make an official complaint with the owner and if this happened again, they would consider taking corrective action.  What?!  So basically nothing would happen to this owner who just canceled on my party of 17 and completely ruined our trip.  We had already booked flights, taken off work, made plans and now we were without lodging – probably the most important part of any trip!

The Problem With Peer to Peer Businesses

Since I’m always looking for ways to make money, I deal with a lot of peer to peer businesses.  I invest in Lending Club, sell tickets on Craigslist/Stubhub and drive for Lyft, just to name a few.  A lot of people like VRBO because they don’t charge any fees to travelers or owners.  But that is also the big problem with VRBO.  I bet 95% or more of VRBO transactions go through just fine, but for that small percentage that don’t, VRBO is nowhere to be found.  When you get screwed, you’re on your own.

My First Week as a Lyft Driver

There’s a reason why you have to pay 25% in fees or whatever crazy amount to buy tickets on Stubhub.  If something goes wrong, they will get shit done.  VRBO, not so much.  I had a couple friends who bought tickets to a baseball game off Stubhub and when they got there, the tickets didn’t work.  They called Stubhub and Stubhub found them seats behind the plate at no additional cost.  That’s where that 25% fee goes to, when things go wrong.

Moral of the Story

So the one thing I learned from this whole experience was actually something that I kind of already knew.  Most markets are very efficient, even the vacation rental market.  If hotels are charging $300 a night for a room for two people and a private owner is charging $200 a night for a comparable room, there’s a reason why.  The rooms might be identical in every aspect but a hotel chain like Sheraton or Hilton has a reputation to live up to.  They can’t go and cancel a bunch of rooms or there would be public outrage.  If a VRBO owner cancels a reservation, nobody is likely to ever find out.

We actually ended up finding a comparable place within a day or two and the owner who cancelled on us paid the difference and then some.  I guess there are still some honorable people in this world and I ended up leaving him a 5 star review even though he cancelled on us.

Even with everything that happened, I will probably still use VRBO again in the future.  Obviously I’m going to be a bit more cautious but just like in any financial market, when something sounds too good to be true, it usually is.  VRBO owners are able to offer such low rates because there is no middleman watching over the transaction and making sure things go smoothly.  There’s also very little regulation so when something goes wrong there aren’t a lot of people you can turn to.

So next time you stay in that 3 million dollar VRBO house remember that there is going to be more risk than if you were paying more to stay at a hotel.  There’s no free lunch.

Readers, have you ever tried renting from VRBO or Airbnb?  What would you have done in my situation if an owner canceled on you 5 days before you and 16 of your friends were scheduled to arrive?