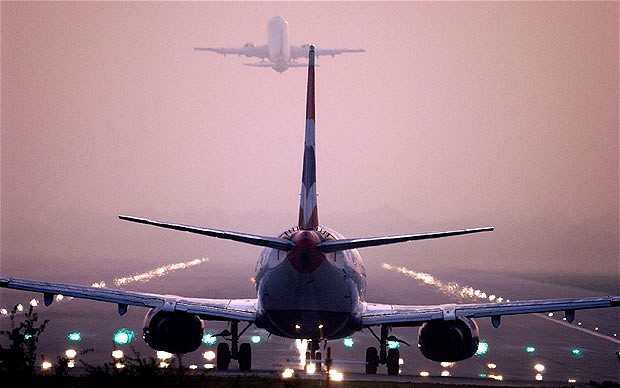 Since I’ll be using nearly half a million points this summer on various hotels and flights for my honeymoon I’ve been on the lookout for a big score when it comes to credit card sign-up bonuses. I still currently have a few hundred thousand points left but my accounts have taken a huge hit during the past few months due to all these bookings.

It can be a challenge to redeem points when you need them so I try to keep my points diversified amongst several different programs. Right now most of my points are with Amex, Citi, American Airlines and US Airways. I’ve also got a bunch of points scattered around with various hotel chains and airlines but the balances aren’t nearly as high. For the average points & miles traveler, I think Amex MR and Chase UR make the most sense since they have the best transfer options. But I also like Southwest Rewards points a lot since they offer 4 cards with 50,000 point sign-up bonuses and their points are so easy and flexible to use.

Right after the big three, American Airline’s miles program is my personal favorite since I’ve used AA points to go to Hawaii twice(Maui and Kauai) and I’ll be using them on a flight from LAX to JFK to Rome(FCO) this summer. I’ve actually acquired and spent over 300k AA points in the last few years but I was running out of Citi AA cards to apply for. So when I saw that they were offering a 100k offer on the Citi Executive card I had to jump on it.

The Citi Executive AA card is Citi/AA’s top of the line card. It doesn’t require excellent credit but it does come with a hefty $450 annual fee that is not waived for the first year. The card also usually comes with a 40,000-50,000 point sign-up bonus offer but that barely negates the annual fee. Citi’s newest offer though for this card comes with a $200 statement credit, Admirals Club Access for a year(you and a travel partner) and 100,000 points.

AAdmirals Club isn’t as great as it sounds but it is a nice benefit to have if you don’t have to pay for it. The $200 SC was a very nice touch since it reduced the AF to only $250. The kicker though was obviously the points.

The only caveat though is that this offer requires you to spend $10,000 in 3 months. For most of us that’s way more than we’d ever spend in 3 months but that’s where manufactured spending comes in. This card probably isn’t the best one to try your hand at MS but if you’re already familiar with Amazon Payments and Vanilla Reloads, spending $10,000 should be no problem.

I knew I’d be able to hit the limit fairly easily through a combination of normal spend, honeymoon spend(6 hotel nights in Greece), Amazon Payments and Vanilla Reloads. It actually ended up only taking me 2 months to spend the $10,000 so it can definitely be done without going outside of your normal spending habits.

It’s cool to rack up a ton of miles but you also need to know how to use them. The best part about AA miles is that they have great availability during off-peak times and if you don’t mind paying double points you can book an AAnytime Award (any time as the name would imply). Last winter(right before peak season), I was able to book two roundtrip tickets from LAX to Kauai in economy for 30,000 points per passenger. That was a great deal since the same flight would have cost $500-$700 each.

It also helps if you have a flexible travel schedule.  If you don’t mind leaving on a weekday and coming back on a weekend or mid-week you’ll be able to find a lot more off-peak availability.

If you have less flexibility when it comes to travel dates, you’ll likely have a lot of trouble redeeming points on most other airlines. But AA will at least give you the option to spend more points to get a flight during peak times. Since our honeymoon window this summer was very limited(due to my fiancee being in med school) we had to travel to Europe during the middle of July. This is the absolute peak season for European travel but I was still able to find tons of AAnytime availability on one way trips from LAX to JFK to Rome. As long as there is a seat available, you can use points to buy it with AA(albeit at double the points cost).

Normally, you can get a one way economy ticket from North America to Europe for 30,000 points off-peak. During peak times, you’ll have to pay double that(60,000) for a one way ticket. I was definitely more inclined to pay 60,000 points for a one way ticket though than pay the actual cost which would have been close to a thousand dollars on budget carriers. The other unique feature about buying an AAnytime award with AA is that they let you choose economy plus(you can’t do that with a regular off peak economy award). So at least I’ll be getting 6 extra inches of leg room! And every inch counts when you’re 6′ 3″ and your fiancee is 6′!

Here’s the link to the FlyerTalk thread that has the sign-up link and more information.  As of 3/13/14, the application link was still live and working but there’s no timetable on how long this deal would last.  My guess is it’s more likely to be months than weeks though.