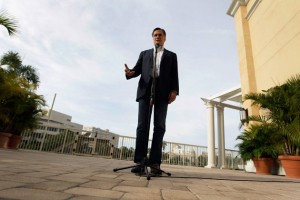 Mitt Romney’s federal tax rate has come under a lot of scrutiny with the battle for the republican primaries heating up.  He released statements that showed his effective tax rate was around 15%.  This number has come under attack from the White House and critics alike, pointing out that Romney, whose estimated net worth is over $250 million, is out of touch with the concerns and day to day life of the average American.

No doubt, it seems outrageous that a multi-millionaire who earned around $20 million dollars each of the last two years pays federal taxes at a rate of 15%.  However, everything that Romney has done is perfectly legal.  His effective tax rate of 15% is due mainly to the fact that most of his income is derived from capital gains.  Whether this is fair or not, a lot of people like to compare their tax rate to this.  The average worker making 50k is outraged that he pays 25% while Romney only pays 15%.  But let’s dig a little deeper into these numbers.

The United States has a progressive tax system in which the more income you make, the larger percentage of taxes you pay.  The highest marginal tax bracket an individual can pay is 35% for those making $379,151 or more.  But don’t be fooled by this number.  As we see with Mitt Romney, the 35% tax rate on ordinary income does not apply to capital gains, it only applies to ordinary W-2 type income that you would receive from your employer.

The effective tax rate you pay is a more accurate representation of your taxes.  It essentially calculates the true percentage of taxes you paid where as marginal is the tax rate the last and next dollar you make will be taxed at.  A simple example:

Keep this in mind when comparing your tax rate to Mitt Romney, you always want to calculate your effective tax rate when making comparisons.

How Can I Get Capital Gains

So let’s say you calculated your effective tax rate, and it’s still higher than 15%!  Many savvy investors and high income earners invest in stocks due to the fact that capital gains are only taxed at 15%.

While you may not be able to get bonuses in the form of stock options like the big boys, you can always participate in employee stock purchase plans.  These plans usually allow you to buy company stock at a discount and if you hold onto it for a year, you are able to claim long term capital gains and pay taxes at 15%.  Essentially, you are trading your ordinary taxable income, which would be taxed at 25%, 28% etc. for capital gains income which will now be taxed at the favorable rate.

You can also earn capital gains the old fashioned way by purchasing stocks on the open market.  Although this is a riskier strategy, it can work out well over a medium to long term time-frame.  I would recommend low cost index funds that correlate well with the entire market.  With this method, you are able to safely diversify and when you sell your shares you will only pay 15% taxes on your gains.  It also allows you to tax harvest losses in down markets, effectively deferring your tax bill.

So, does it bother you that you pay more taxes than Mitt Romney or would you do the same thing in his shoes?  I think all income should be taxed at a flat rate for those above a certain level(ie poverty line).  What about you?