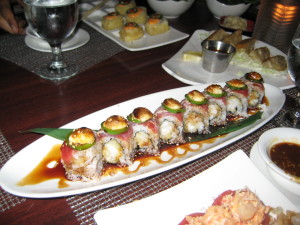 Ok I’ll be the first one to admit it: I am cheap, there I said it.  I think that’s the first of the 12 steps right?  Even though I readily admit I’m cheap, I do still spend a ton of money every month.  In the average month, my expenses are around $3,000 a month.  The important distinction though is I tend to spend it very thoughtfully.  Housing and food make up a big portion of my budget but I’m careful to plan out the rest of my expenses and make sure that I spend money only on the things I deem important.

A lot of people ask me how do you know if you’re saving enough and I always tell them that saving should hurt just a little bit.  You don’t have to sit at home all day just to save money, but maybe this is the year to skip out on that big music festival and sell your ticket for a nice profit instead.  Every person is different so you need to decide where you want to spend your money and where you want to cut back.  Do you enjoy driving a nice car and eating well?  If so, you probably won’t be able to take that backpacking trip to Thailand this summer.  It’s human nature for your lifestyle to inflate as your income increases so don’t think that once you make more money you’ll be able to all of a sudden save more.

I love to travel and I like owning property so that’s where I spend a lot of my money.  I’ve had the same $800 42″ HDTV for 6 years(even though I’ve been tempted many times to upgrade to a new tv) and I’ve bought all three of my cars from family members.  But not spending money on those things has allowed me to buy my first property at 23 and visit over 20 countries and 20 US states over the past 10 years.

Lately though, I’ve had a couple interesting experiences that made me stop and think, am I being too cheap?  I’m always looking for ways to save money, whether it’s using groupons on dates or enjoying all the free activities San Diego has to offer but sometimes I think I take it too far.

I love Groupon type sites since generally, I only buy deals for the places that I already frequent or places I’ve been meaning to try.  I think businesses are starting to realize that the Groupon business model is not an effective one to attract new customers since you are really only incentivizing people that want to pay 50% off.  It’s hard to pay double for the same meal a few months later unless it was really spectacular.

We don’t exclusively go out on dates with Groupons in hand but we’ve probably used 5-10 deals in the past couple years.  I don’t really recommend busting out a Groupon on a first date but if you’re in a serious relationship and your girlfriend won’t let you use a Groupon that’s a deal-breaker in my book.  I usually justify it by saying we can go out on three dates for the price of two 🙂

Too Cheap?  I don’t think I was too cheap here, I’m going to keep on using Groupons at places we already frequent or have been wanting to try!

I actually prefer to shave my head myself(#2!) since that’s the cheapest option, but my fiancee doesn’t like the way I look when I go that route.  So whenever she tells me it’s time for a haircut, I rummage around for a Fantastic Sam’s coupon and head over for a $15 haircut.  But this time I decided to try a new place.

I’ve worked in the same area for 3.5 years and every day I see the same sign on the side of the road for a $6 haircut.  My hairstyle is pretty simple so I decided to give this new place a shot.  When I went to pay though, they charged me $8!?  I had already mentioned to the stylist that I saw their sign on the road for a $6 adult haircut but for some reason I felt too cheap asking why the haircut was now $8.  I gave her $10 for the haircut and left without saying anything.

Too Cheap?  I think I could have been cheaper here, but I felt bad asking for a discount since I was still only paying $10 for a haircut.  I was going to give her $10 anyways so I guess she lost out on a couple bucks in tip.  I liked the haircut I got though, so next time I go in there I’ll make sure to establish the price of the haircut before hand.

I signed up for a service called the California Express VIP card that gives me a ton of discounts at restaurants and bars all across San Diego.  It only costs $20 per year and as long as I use it a couple different places throughout the year it pays for itself.  I’ve had it for over 5 years and it’s saved me a ton of money.

There’s a restaurant called Harney Sushi in San Diego where the card gets you either buy one entree get one free or 20% off your entire bill(excluding alcohol).  I’ve used it there before once or twice but the last time I went in, the waitress wouldn’t let me apply the bogo, only the 20% off.  Since we only ordered two rolls, a soup and a beer, 20% off didn’t save us a whole lot of money.  But the BOGO, would have saved us ~$17(they have some tasty but expensive rolls! haha).  The 20% off still saved us ~$7 but it should have been about $10 more.  I would have argued had I been with a friend, but since it was my fiancee, I let it go.

Too Cheap?  I don’t think it’s too cheap to ask a restaurant to honor an agreement they’ve made.  I actually contacted the VIP card company and the sushi place but never heard back from either one.  It kind of pissed me off that they both never got back to me, so I’ll probably challenge the entire dinner on my credit card now since they snuffed me.  Now that’s too cheap haha.

(Update: Since I got snubbed by both companies, I actually challenged the transaction on my card for $30($20 for my time haha) and I won.  It wasn’t easy, the idiotic Chase rep wanted to do a 3 way call with the restaurant.  I told them to figure it out and hung up, guess it worked.)

About a month ago, I went to one of my favorite sandwich shops(Sprouts) and ordered a turkey sandwich with everything.  When I got back to my desk, I opened it up and there was no turkey!  I had just worked out so I was ready to feast on this sandwich and I was seriously depressed when I found no turkey.  I didn’t have time to go back to the store so I ended up just eating a vegetarian sandwich with chips and a smoothie(like a rabbit).

I normally get awesome sandwiches from this place but this gaffe was too big to go unpunished.  I haven’t been back since but I’ll probably say something next time I’m in there.  I took a picture of the sandwich so I have some evidence if they don’t believe me.  It would be awesome if I got a free sandwich the next time I’m in there, but I’d probably settle for a bag of chips and a soda.

Too Cheap?  Forgetting the turkey in a turkey sandwich is pretty bad.  If it was anything else, I would have let it go.  But I’m really bad at dealing with stupid people and forgetting turkey in a turkey sandwich is pretty dumb in my book.  I’ll definitely say something next time I’m in there and if they don’t make it up to me I’ll probably challenge the transaction with my credit card company.

Readers, do you think I was too cheap in any of the previous four situations or did I play it just right?  Don’t worry about hurting my feelings.  Like I said, I already know that I’m cheap!