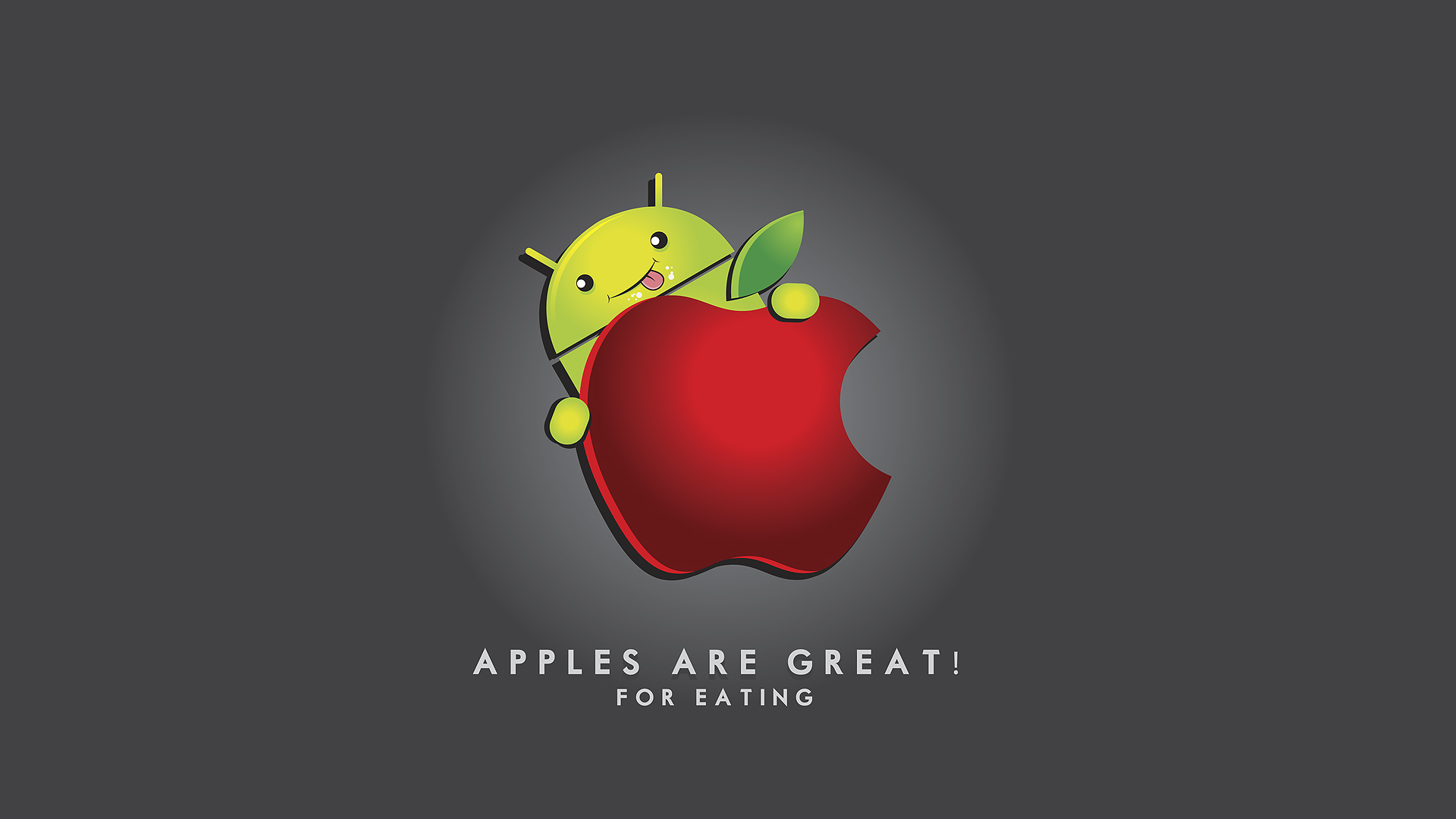 Just over a year ago, I wrote an article about my switch from the iPhone 4 to the Galaxy S3.  It was kind of a big deal for me since I’ve had an iPhone forever and I also owned an iPad and MacBook Pro at the time.  But there were a lot of things that were starting to bother me about the iPhone and they inspired me to make the switch and see what all they hype was about.  One year later, I’m happy with my GS3 but I’m not as in love with it as I thought I’d be.

I have less than a year left on my contract so it won’t be long before I’m in the market for a new smart phone.  It’s definitely going to be a tough choice though since there are things I love about my GS3 like the giant screen and various customizations but the ease and simplicity of the iPhone is also appealing.  Here’s a comparison of how my personal experiences have been with the GS3 after owning that phone for over a year.

Even though the specs for the cameras on iPhones and Galaxy’s are about the same, my GS3 camera has a lot of trouble taking pictures in light.  It doesn’t matter whether it’s dim light or there’s lots of light, the pictures always come out too dark.  Just the other night at dinner I tried to take a picture of a bottle of wine so that I could buy more later but the picture kept coming out too dark.  My fiancee took a picture with her iPhone 5 and the picture was perfectly clear and bright.

One of the nice things about having an iPhone is that every time you plug in your phone it syncs your music collection to iTunes and backs up your phone.  To this day, I still don’t know exactly how to back-up my GS3.  I downloaded a back-up app but I don’t even remember what it’s called.  I also use a program called Kies that is supposed to sync my music and back-up my phone but it’s been very glitchy for me.

Android really needs to come out with a simple solution to this problem because I think they are losing a lot of customers over it.  I actually sync my contacts with my Gmail contacts so I can never lose that information.  And apps are supposed to be backed up through the Google Play Store but I’ve heard that doesn’t always work so well.

I found a cool solution for my pictures and videos that backs everything up automatically using Google Plus.  Most people aren’t on Google’s social network but there’s a pretty cool feature that lets you auto-sync your photos and videos to a private folder that is stored online in your G+ account.  It’s free and you can customize the settings to only upload over wi-fi or when the phone is being charged to save on data/battery.  You can actually use this method on an iPhone too.

Syncing music has been a huge problem for me with Android.  I love listening and downloading music!  A lot of people told me I should just drag and drop the music onto my phone but that’s way too much work.  We’re living in the golden era of technology and you expect me to manually add music to my phone?  I store most of my music on iTunes and there is not a way to transfer music and playlists in one step to your Android phone.  I tried everything until I finally gave up and found an even better solution.

Even though there’s no universal music program for Android like there is with Apple(iTunes), that lead me to discovering Google Music.  It costs $8/month but it’s basically Pandora, Spotify and your music collection all rolled into one.  Google Music is not available for the iPhone(the last time I checked) but it allows you to stream any song and also create playlists, favorites, etc just like with iTunes.  It syncs with your online account too so you can listen from your computer, phone or tablet.

I really like Google Music and it’s probably cheaper than if I were downloading all the music through iTunes at 99 cents per song.  You’ll need a large data plan for Google Music but it’s pretty cool having access to nearly every song ever created right there on your phone.  They offer a free 30 day trial so if you don’t like it you can just cancel.

The problem with smartphones in general is that every time a new phone comes out, the processor is more powerful and the screen is bigger and better.  So even though the batteries are able to hold more juice, that’s negated by the increased power usage of the phone.  The GS3 has a powerful battery but since the Android OS is a lot less restrictive than Apple, you can get stuck with some battery eating apps or widgets and never even know about it.

There are lots of neat features on Android like weather widgets, 3D wallpaper, etc but you can’t even use a lot of them because they drain your battery.  It’s pretty cool to have 3D Jellyfish wallpaper but you can’t afford to run it because then your battery will be dead by lunch time.  I’ve also noticed that iPhones charge a lot faster than my phone.  I plugged my phone in right next to an iPhone and the latter was nearly half full by the time mine got to 20% after both starting at 0.

Battery life is my number one complaint for this phone if you couldn’t tell.  I ended up buying a spare battery and a mini portable charger so we’ll see if either of those solutions help.

The nicest feature of the GS3 by far has got to be the screen.  Even though it looks large and intimidating it really is the perfect size.  I wouldn’t want it any bigger and I definitely won’t be able to go back to a smaller screen.  When I look at the puny screen on an iPhone 5, I can’t believe I could ever type or even see the characters.  But this large and in charge screen might be one of the reasons why battery life suffers so much on this phone.

The nicest part about the Android Operating System is that if you don’t like it, you can change it.  There are some really cool things you can do to change the way apps look, launching programs, etc but it takes time to figure it all out.  Right now, I don’t have the time to research and play around with all that stuff so my phone is pretty basic.  It’s basically like an iPhone!

There are a couple cool features that I’ve found on the Android that the iPhone doesn’t have though:

I don’t regret my choice to switch from the iPhone to GS3 but I’m definitely a little disappointed with the product.  The nice thing about Apple products is the simplicity and reliability: anyone can use them and they always work.  I’m sure there are some apps and programs that can solve a lot of my problems but I really don’t want to spend the time figuring it all out.

I want a phone that works flawlessly but also gives me the option to customize it a little bit.  I know I won’t ever get that with Apple since they’re so strict with their developers.  But it’s for a good reason, their products work and they’re simple.  I always tell people that Androids are better than iPhones if you like being able to customize everything but if you don’t have the time or patience for all that then it might not be worth it to make the switch.

At this point, I really have no idea which phone I’m going to pick in a year so I’d like to hear your suggestions.  I’d love to hear from people that made the switch or have used both phones in the past.