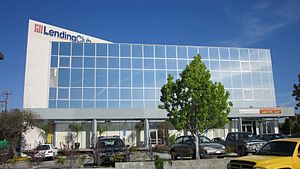 I’ve been investing with Lending Club for three years now and my returns are still over 10%.  I’ve developed a specific set of filters that I feel give me a distinct advantage over the average LC investor yet it’s nothing ground breaking.  The average investor is doing pretty well according to Lending Club, but I want to do better.  My filters have produced just one default out of 50 loans(37 still issued and current) in my after-tax account and although my initial investment was only $500 3 years ago, I’ve been continuously re-investing interest payments and my account value is now over $700.  That is a pretty amazing return considering the low interest rate environment we’re in.

I wouldn’t dare compare Lending Club to fixed investments like CD’s or even bonds in terms of risk but I’d say there is a very favorable risk-reward trade-off when it comes to peer to peer lending.  Since it’s such a relatively young business, the market has not caught up to it yet and individual investors like you and I can take advantage of that fact.  I’d say the risk is somewhere in-between stocks and bonds but the returns are more closely aligned with stocks.

Most people invest in stocks because they want the high returns that bonds/fixed investments don’t offer.  But with higher returns, there is almost always higher risk.  Stocks are no exception as anyone investing in the past 10 years has seen just how volatile the market can be.  Even though Lending Club has some obvious risks, I don’t see nearly the same volatility that stocks have even though they both produce similar returns.  The lack of volatility coupled with higher returns is what makes Lending Club such a great investment.

I’m not going to get into a whole Roth IRA debate here but the benefits are pretty obvious in my opinion.  You don’t know how much money you’ll make in the future and you don’t know what the tax rates will be like.  If you diversify your investments between stocks, bonds and real estate then you should diversify your retirement accounts from a tax perspective.  Pay taxes on some of your money now and pay taxes on some of it later.

Here’s where things get fun since Lending Club pays out monthly cash payments of interest and principal.  Investors can either re-invest that money in new loans or withdraw it to their bank account.  Personally, I plan on re-investing the dividends to start, but eventually I think it could be a great source of passive income.  And the best part would be the fact that the income would be tax-free.  Here’s how:

From 2008-2012, I contributed $5,000 a year to my Roth IRA for a contributions total of $25,000.  Obviously the market has done well over that period so my Roth IRA has gone up.  But I don’t ever plan on touching this money(principal and gains) until I retire.

At the end of 2015, I would withdraw $1,000 from my Lending Club Roth IRA.  Up to this future point in my future life, I’ve contributed a total of $35,000 to all of my combined Roth IRA’s.  Since I’m allowed to withdraw contributions at any time tax free, all I’m doing is withdrawing a contribution, my first $1,000.  I can do this for the next 35 years!

So technically, even though I’m taking out the money I made from Lending Club, the government sees it as me taking out the first $1,000 I ever contributed to a Roth IRA.  This is what’s known in the finance world as ‘the fungibility of money.’

Even if I never contributed the first $25,000 to my Vanguard Roth IRA, I would still be able to use this strategy for 10 years and take out $1,000 a year.  After that though, I would have to pay taxes on any withdrawals or leave the money in the account and take it out tax free when I retire(still not a bad deal).

The Fees Associated with a Lending Club IRA

This all sounds too good to be true right?  Kind of, although there are fees associated with a Lending Club IRA, they can be negated by depositing 5k within the first year and 10k by your 2 year anniversary.  Lending Club is actually pretty good about disclosing their fees and the only fee they charge is the servicing charge on each loan.  You will clearly see this fee when you go to place an order and it calculates your expected return(rate – default percentage – fee).

Lending Club doesn’t actually offer retirement accounts so you’ll have to open one through their custodian SDIRA Services as an administrator.  Now these guys know how to charge some fees.  Just take a look at their fee sheet!  There are all sorts of fees for wire transfers and things of that nature but fortunately there is no charge for ACH transfer, so getting your money in and out should be free(I haven’t tried this yet).  And as long as you meet the 5k/10k requirements, Lending Club will cover all the other applicable fees.

The only thing that worried me was the $150 account termination fee, so if you ever decide to close your account you might be hit with this fee.  With certain companies, you can try to transfer out all your money instead of closing the account.  They might require that you leave a certain amount of money in the account, but if that amount is less than the account closure fee it might save you some money to transfer instead of close the account.

Editor’s Note:  This article turned into kind of a monster at over 2,000+ words so I decided to break it up into two parts.  The second part of this article will cover how I invest in Lending Club: what filters I use and why.  I’ll also talk about the best sign-up bonuses currently going on at Lending Club so check back on Thursday.

You can read part 2 here: Investing in a No Fee Lending Club Roth IRA

Readers, what do you think about my new Lending Club strategy?  Do you like the idea of opening an IRA or rolling over your 401(k) to Lending Club?