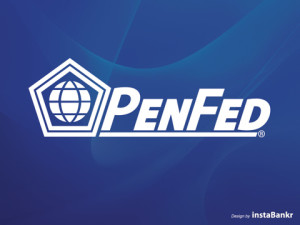 When I first read about PenFed’s 3% CD’s a couple weeks ago I thought there was some sort of typo.  I couldn’t believe there was a company out there offering 3% interest rates!  That was over 1% of what their closest competitor was offering at the time.  And since this deal popped up right before the holidays, I didn’t have time to write about it until now.  I also figured it was some sort of limited time offer(which it still may be) since the rate was so high but as of today(1/10/14), 5 year CD’s are still available at 3% with PenFed.

I’ve been a loyal Ally Bank customer for 5 years now and I have all of my CD’s with them earning anywhere from 1.5 to 2% interest rates.  When I was filling up my CD’s a couple years ago, Ally Bank was one of the most competitive online banks out there.  They consistently had the highest CD rates and their low early withdrawal penalty(only 60 days) was a huge benefit for consumers.  But over the past couple of years, Ally’s rates have fallen to the middle of the pack and they recently increased their early withdrawal penalties.  I think they’re still a great bank for everything else: no ATM fees, free checking and great customer service but it’s not much work to open up a new account at PenFed or any other online bank and get a much higher rate.

Anyone can join PenFed, all you have to do is go to their website and sign up.  If you’re not in some way connected to the military(through family, friend, work, etc) then you can make a one time donation of $15 and you’re in.  If you recently gave blood, you can also get a free membership by selecting the third bullet: I belong to the following association or organization and selecting American Red Cross(thanks TFB).

Buying a 5 year CD is pretty straightforward but there is a 1 year early withdrawal penalty.  This is a lot higher than Ally but the fee won’t ever eat into principal.  So if you decide to withdraw your money at any point before the one year penalty is up, you  would only lose the interest.  That’s a nice benefit since if an even better CD comes up within 1 year, you aren’t tied to this one.

Over the course of 5 years, you’re obviously going to make more money with a 5 year PenFed CD but what if you need the money sooner than that?  Let’s imagine that we have $10,000 to invest in a CD, when do you think the break-even point will be?

Calculations can be found here.

If you’re already locked in to a CD with a decent rate and only a few years left like me, it might not be worth it to switch.  But if you’re considering investing new money, PenFed’s 5 year CD’s are a no brainer.

Readers, what type of CD rates are you getting right now?  What rate would you have to get to break your current CD’s and invest in new ones or is all that hassle just not worth it?