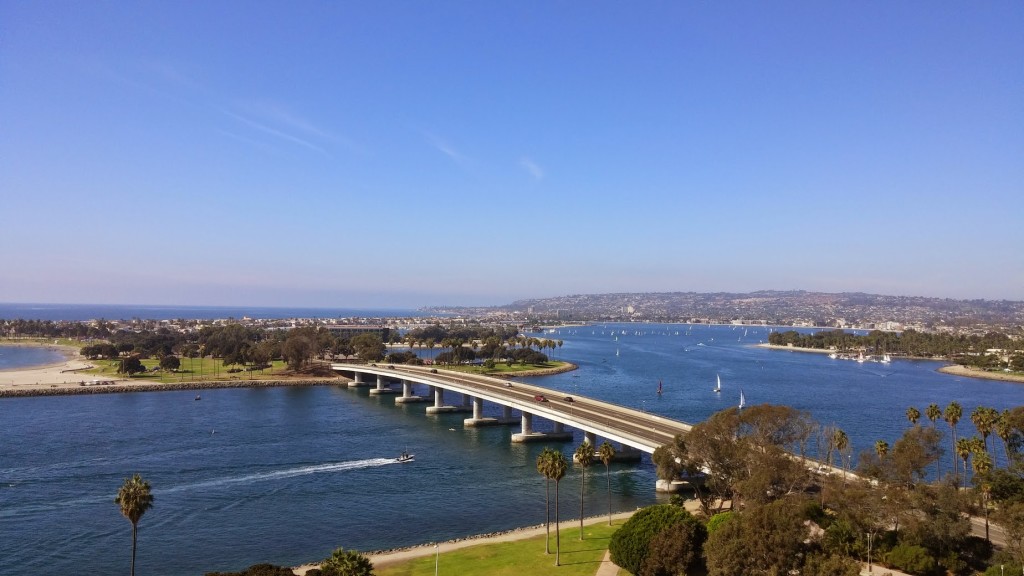 Testing Out The Camera On My New LG G3: Mission Bay in San Diego

A couple of years ago I made the switch from iPhone to Android and haven’t looked back since.  Well, that is until my Galaxy S3 was damaged in a flash thunderstorm in Rome over the summer and I had to use my iPhone for a month until I was eligible for an upgrade.  But outside of that, my experience has been awesome with Android and when it came time for an upgrade there was no way I was going back to an iPhone, I was hooked on Android.

This isn’t so much an Apple vs Android debate though, I think the winner is pretty clear.  Although iPhones do have some very nice features for those who favor simplicity, I like being able to customize and have control over my phone.  With my Android phone, I’m not tied into anything or anyone and I can freely swap out SIM cards, add memory, sync data and more.  There’s a reason why so many people stick with their iPhones, Apple makes it hard to switch!

My Only Complaint About My GS3

One of the things I loved most about my GS3 was the large screen size.  I’m a big person so the screen fit perfectly in my hand and it was perfect for reading, watching videos and just scrolling around the phone.  Whenever I use my wife’s iPhone I honestly feel like I’m holding an iPod Shuffle 🙂

The only problem with this larger screen size though is that it puts a huge drain on the battery.  I couldn’t even make it 2/3 of a day without having to charge my phone.  That was really my only complaint about the GS3 in two years of ownership but it was a hassle to always have to worry about keeping it charged.  I ended up carrying around a portable battery charger at all times.  But that was one of the things I wanted to make sure that I addressed with the purchase of my next phone.

After a couple weeks of research, I narrowed it down to two phones: The Galaxy S5 and The LG G3.  The GS5 is the GS3’s older older brother and it is a pretty amazing machine.  It has insane computing power, a top of the line camera and it’s even water resistant (that would have come in handy in Rome!).  The LG G3 has very similar specs but not quite as good of a camera or processor and it definitely isn’t waterproof.

Overall though, the difference in specs is pretty minimal and the average user won’t be able to notice anything.  The only real difference I saw physically was that the LG G3 is a much sleeker and sexier looking phone than the GS5.  I’ve never really cared about the look of my phones but Samsung phones are known for having cheap-looking plastic covers that just don’t belong wrapped around the outside of a $700 phone. 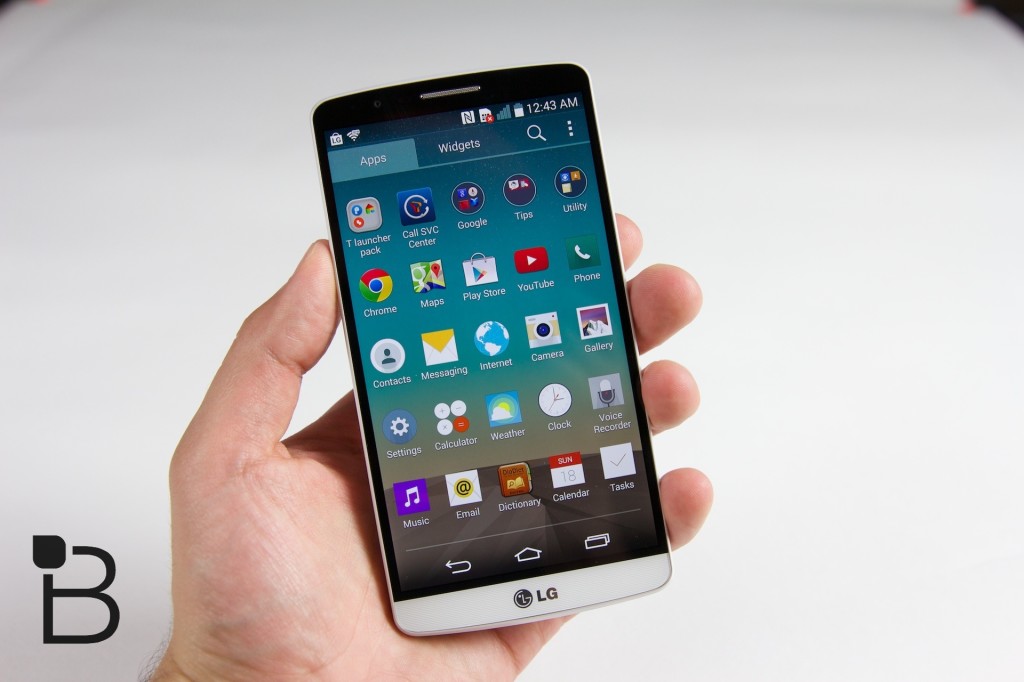 The GS5 looks a lot better than the GS3 but I don’t think there’s any comparison when it comes to aesthetics.  The LG G3 is a much prettier phone and it doesn’t look quite so boxy as the GS5.  In the end, the main reason why I chose the LG G3 over the GS5 was because of the look of the phone.

Initial Thoughts On My LG G3

I’ve now had the LG G3 for a few weeks and I absolutely love it.  A lot of iPhone users have commented to me that it looks and feels like a tablet but I think it’s the perfect size.  It fits comfortably in my pocket and rests nicely in my palm.  Side note: I do find it odd that companies don’t make different sized phones for different sized people.  There’s no reason why a 6′ 4″ male should have the same size phone as a 5′ 1″ female – the logistics just don’t work the same for two people like that.

Anyways, here are a few observations from three weeks of ownership:

I almost forgot to mention the best part about this phone: the price!  The GS5 and LG G3 were both $200 at the store, but since the price for the LG G3 was only $100 on Amazon, I had Best Buy match that price.  I did have to pay tax on the full price of the phone though which came out to an additional $60.

I also signed up for a promotion almost a year ago that would net me a $50 Best Buy gift card if I upgraded my phone with them.  So I ended up saving an additional $50.  The final cost for the phone was only $110 since they let me apply the gift card right then and there.  Obviously I had to sign up for a 2 year contract but I’m still on my mom’s family plan so it’s only $20/month for the phone and $30/month for unlimited data (I’m grandfathered in).

Any time you buy a $700 phone it’s a good idea to protect it.  I think insurance is kind of pointless since I can afford a new phone if mine breaks, I just don’t want to pay that much again.  So I ended up buying a really nice case for this phone that has a silicon interior and hard body outside.  What I like most about the case is that it doesn’t add much bulk to the phone but it does a great job of protecting it.  I actually already dropped my phone once and the case performed beautifully. 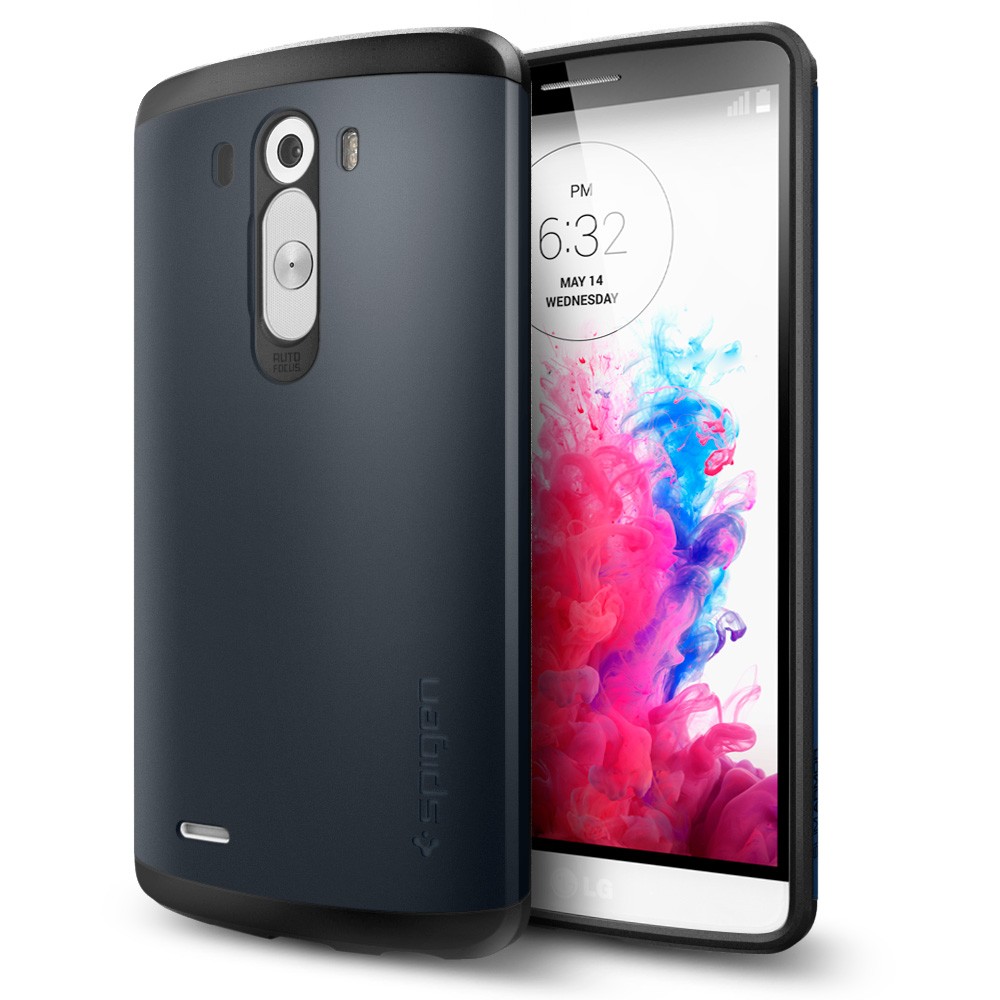 The other item that I always buy with a new phone is a pack of screen protectors.  You can buy these protectors at Best Buy for $30 or you can go on Amazon and get them for $5!  I bought a random pack of three protectors and it took me two tries, but I got it on there perfectly, no bubbles!

And the last item that I didn’t need to buy but I still think is essential for any smart phone is a portable battery charger.  My phone can now make it all the way until the end of the day with plenty of charge to spare but having one of these when you’re traveling can be a lifesaver.  Most airports and airplanes still don’t have chargers at every seat, so this battery should give you 1-2 charges depending on the size of your phone.

So readers what do you guys think of my new LG G3?  What aspects do you usually consider when you’re in the market for a new smart phone?